We have documents to show $30bn revenue was lost yearly to banks, oil companies ―Faleke 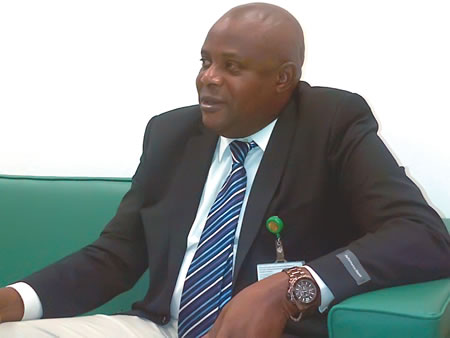 Chairman of the House of Representatives’ Joint Committee on Finance and Banking & Currency, Hon. Abiodun Faleke on Monday disclosed that available documents showed that whopping sum of $30 billion is lost annually due to non-remittance of statutory revenues due to Federal Government by banks, oil companies and other institutions.

Hon. Faleke disclosed this opening of the investigative hearing into the alleged over $30 billion annual revenue leakage between 2010 and 2019, held at the instance of the joint House Committee on Finance and Banking & Currency, with the view to identify and plug revenue leakages.

According to the Joint Committee, the scope of the investigative hearing include oil revenue, payments on accounts of foreign currency-denominated contracts by companies in exploration, engineering, procurement, construction, marine transportations on foreigners exchange allocations to companies from sources such as CBN, autonomous, interbank, and over the counter purchases for the importation, payments of foreign service vendors, dividend repatriation, foreign loan/interest payments, equity, MPR, Government securities in the Money market, treasury bills, money gram, among others.

He disclosed that: “we want to make it abundantly clear that this investigative hearing is not about witch-hunting anybody or any organisation. But it is about assisting Nigeria in getting out of its financial woes that we found ourselves.

“As chairman Finance Committee and Banking, we are very sure that Nigeria has enough resources within its system if and only if every player on the economic sector play by the rules.

“What we mean by play by the rules mean that, let everybody pay the taxes that the organisations or individuals are due to pay.

“We have records to show that Nigeria is losing over $30 billion every year, to malpractice, evasive of taxes legally due to government. It was based on that, that this motion was moved for an investigation to be done and letters have been written to banks in the first instance before we move to the next stage.

“Rhe letters also were written to the oil companies too. We expect responses from the banks, some have submitted documents, partial documents, some.have not submitted at all.

“We want to plead that if the banks have nothing to hide, they should respond to our letters and submit all the required documents; a failure which of course as mentioned by Mr Speaker, the Committee and the House will be forced to use the constitutional powers available to it and that is to say, to compel appearance by issue warrant of arrest.

“We are not witch-hunting, we also pass judgement on anybody; ours is to look at what is happening and recommend reforms of our laws to be able to block such loopholes in the future. This we expect that the affected people should cooperate with us. Every day in the next weeks, months we would be sitting here to look at these issues,” Hon. Faleke assured.

He observed that the decision was taken by Stanbic IBTC to challenge the powers of the House to stop the ongoing investigation in the Court,

“They went to Court using one of their customers who are, of course, their lawyer.

“Somebody went to Court to challenge the powers of the National Assembly, in a democracy, you should expect that and the Courts are there to determine. The laws are very clear, section 88, 89 is very clear that we can invite anybody under the sun to testify.

“Of course on paper, we saw that it is one Chief Taiwo SAN, that sued on behalf of other customers. I don’t know whether that is normal doing a class action. We are also aware that Chief Taiwo is the lawyer because, in all the audited reports of the bank that we have seen, he has always been the one signing off.

“So we know he’s the lawyer of the bank and I say not clearly, that by the time we finish the investigation, IBTC will tell Nigerians what they want to hide why they went to Court because we will tell Nigerians what we know and what is in our papers. We are only asking IBTC to submit documents to clarify so that we can give a fair hearing and not seen to be judgemental even before asking them.”

While responding to an inquiry on the available documents showing the $30 billion lost annually for a period of 10 years, Hon. Faleke who urged Legislative Correspondents to take a record of proceedings, said “I’m sure you can deduce from what happens along the line.

“Whether it’s going to be $30 billion times that we would wait and see. But we know, we have seen evidence that this Committee has a lot in its kit.”

While declaring the investigative hearing open, the Speaker of the House of Representatives, Hon. Femi Gbajabiamila reiterated the House observed that Nigeria is facing hard times as a result of the crash in the price of crude oil and global economic slowdown.

In the bid to bail-out the country, the Speaker reiterated the House resolve toward block all leakages through legislative action.

“Today, our country is facing significant revenue challenges because of the global collapse in the price of crude oil, brought about by a severe and ongoing contraction in the global economy and the consequent reduction in demand for fossil fuels. Here at home, we have not escaped the global economic downturn which means that even local tax receipts have fallen precipitously.

“The sum of all this is that we do not have the resources we need to deliver on our development ambitions and the infrastructure projects we have committed to. Under these circumstances, it is unconscionable that we are still losing vast sums of money to avoidable leakages in the system.

“The House of Representatives has resolved to identify the sources of these leakages, and the systemic failures that have either created them or caused them to persist. We will follow on from that by taking necessary action to propose and implement solutions that will ensure our country no longer loses these huge sums we desperately need to build infrastructure and support enterprise that creates jobs for our people.

“For this Joint Committee to deliver on the mandate of the House in this instance, there is a need to work with the ministries, departments, and agencies of the government. This effort by the House is in fulfilment of our constitutional obligations and we intend to act always with integrity and diligence in the best interest of our nation. I encourage our Executive colleagues to see this as an opportunity for constructive collaboration in the national interest.”

Meanwhile, while addressing the Committee, Stanbic IBTC representative, Mr John Ngaragu explained that the Bank had no time sued the House over the investigative hearing, argued that one of the customers obtained against House.

According to the letter dated 29th June 2020 co-signed by Olushola Folahan, Head of International Business Centre and Bunmi Dayo-Olagunju, Executive Director Operations, and presented to the Joint Committee, Justice A. O. Faji of the Federal High Court, Lagos Division, “issued an Order dated 25th June 2020 restraining our Bank from submitting or disclosing any documents, records, or other information whatsoever relating to the banking and particularly the foreign exchange transactions of the referenced customers to any Committee or sub-Committee of the House of Representatives pending the determination of the motion on notice.”

According to the letter, the said motion is now scheduled for hearing tomorrow, Tuesday, 8th July 2020, hence maintained that: “in compliance with the Court order, our Bank would await and abide by the final decision of the Court in the matter before taking any further action with respect to the subject matter.”

LEADERSHIP & MANAGEMENT: Are You Hungry For Success?
Success often comes to those who are hungry for it the most. That is the story of the Wright brothers. Before Orville and Wilbur Wright started working on building their aircraft, Samuel Pierpont Langley had covered considerable ground in the effort to fly the first aeroplane. Langley was a Professor of Mathematics at the… Read Full Story

Freedom From The Trap Of Mastered Helplessness (2)
Happy birthday to Uncle Jimi Solanke, one of the living legends of the creative arts in Nigeria, an accomplished thespian whose interpretation of roles made him bestride the stage of live theatre with ease and aplomb. He turned 78 last Saturday, the 4th of July… Read Full Story