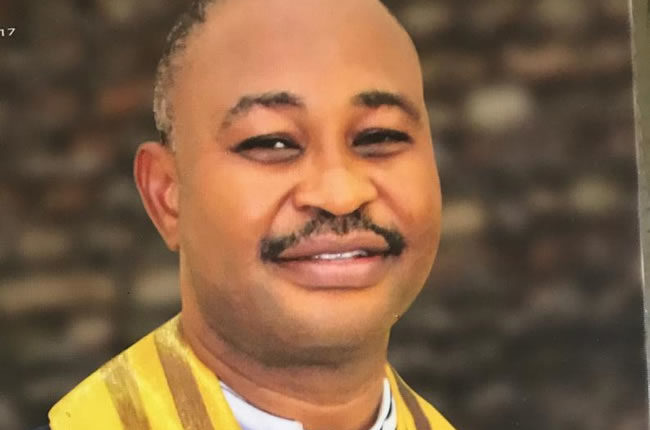 The General-Secretary, Evangelical Church Wining All (ECWA), Reverend Yunusa Sabo Nmadu, speaks with ISAAC SHOAYO on the sixty-two years of Nigeria’s independence, the journey so far, the problem of leadership, the 2023 general election, among other issues.

Nigeria at 62, what is your assessment of the journey so far?

Well, at 62, Nigeria has come a long way. Any human being who has attained the age of 62 is no longer a child. He is supposed to be winding up his stay on earth. Unfortunately for us as a country, we haven’t achieved what we should have achieved according to our age and time. This is due to poor leadership and all sorts of things that have bedevilled us as a country. And since 1960, when we got independent, it has been one step forward and two or three steps backwards. So my assessment is that though we have an independent in-term proclamation, we are not free from corruption yet, we are not free from misrule, internal slavery, or democracy as I can see, so we still have a long way to go. The journey is still far. We haven’t made much progress in our age as an independent country.

From all indications, a solid foundation was laid for this country to build on and for a virile future. Have the dreams of Nigerian forefathers been fulfilled?

We haven’t worked on our talk. You can say today that you want to travel to heaven or the moon, and you can say it a hundred times a day for a hundred years, but if you haven’t made an effort or put in place a process to travel to the moon, you remain here on earth. So this is the story of Nigeria. The dream of our forefathers was to build a great nation and to position the country to be one of the leading nations in the world, but this is still wishful thinking because I don’t see any seriousness in us to achieve that and, like I said, leadership has been our real problem in this country.

The situation in Nigeria now is precarious, frightening and alarming with the economic hardship and insecurity in virtually all parts of the country. How did we arrive at this abysmal level?

The history of this country is beautiful. We began well; we were on the right footing, but then along the way, selfishness came into the whole thing and corruption set in. As a result, it is now something that many people can obtain.When there is discrimination against any section of the country, anytime that section gets an opportunity, they want to grab as much as possible for themselves. We have ruined the country and that is why it is where it is today because we have bastardised every institution that should make us a great country. So for me, I think there’s a lack of purpose and sincerity in those who have led this country over time. Materialism has set in. Even the religious leaders too are pursuing materialism not the spiritual well-being or welfare of their members. We put before us those things that do not build a country and put forward mundane things.

You said many people were full of hope when this administration came on board, but for me, I am not optimistic. So, how do we fare as a country?So, what makes you think he’ll change from what he was as the military Head of States at that time?It was just wishful thinking or some people just wanted to milk the country by using him as a shield in order to ruin this country. My assessment of his leadership is that he has performed woefully. Security has broken down, the economy is in shambles, and our national unity and cohesion have been scattered. Tell me what is working in this country. Our educational system is not working; we are not free to move around; Nigeria is like a big prison. Everyone is living in fear. You can no longer travel as you wish. Both big and small businesses are collapsing, and our purchasing power has been decimated. As for me, I am not disappointed because I expected this to happen because we elected this president on the mantra that he has integrity, but integrity alone is not enough qualification to rule a country, and I am not sure what integrity is in this context. But give it to him that he has that integrity, but that is not enough credentials to govern a country. We have performed woefully as a country because those in leadership positions have failed this country.

By next year, Nigerians will be going to the poll to elect leaders at various levels. What is your advice to those jostling for various positions?

Let us be realistic. No one can perform more woefully than the current administration. We’v already fallen, and whoever is on the ground has no reason to fear falling again. I believe that with what has happened to us as a country, whoever comes up as a leader will try to do a face-saving, but the truth is that the leader may have good intentions for the country, but he has to rule by the Constitution, and the Constitution also provides that he needs to bring people around him, so my fear is the team. I hope we can see the team they are going to come up with before the election so that we can know their men and promoters. Are they people that we can trust, or are they people that mean well for this country? But as much as we continue to build leadership in this country around an individual, we may not get it right. It must be team work and we must know who the team members are. We should be interrogating that as an electorate. We should interrogate their sincerity not just the presidential candidates but their team members as well. I see around them some crooks that have ruined this country who are coming back in another way. All these give me little hope, but as religious leaders, we are praying for the best and we are praying that God will change the situation of our country for the best.

Though religion has always been a factor in Nigeria’s politics, this time around it seems like it is being played up more than the previous elections. What implications does this have for the country?

If you are referring to the same faith ticket, my view is clear as the sun. The same faith it is an abuse of privilege, an abuse of power, an insult to other faiths in the country, and it must not be allowed to happen.If we allow it, it will further divide this country. The unity and cohesion that we are all fighting for and struggling to achieve and to get back to the yesteryears where there was trust among Nigerians irrespective of religion or tribe is further going to be destroyed in our national life. The same faith ticket is an attempt to insult the Christians. The only explanation they have given so far by the party that is flying this ticket is that they went for it on account of competency. What competency are they talking about? In this country, every tribe has someone that is competent to be anything. Every religion has someone that is competent to be anything in Nigeria. What you are always saying is that you have looked and found no competent Christian in the North to be the vice presidential candidate.Traditionally, we used to have Muslim/Christian or Muslim/Christian. So we are going to stand against it and vote against it.

Can the problem of bad leadership be addressed?

We are hoping it can be salvaged as we are approaching 2023. The solution is to vote for the right candidate and for the right team who are amiable to uniting the country. Because first of all, you must have a country before you rule the country, but what we are looking for now is someone who is a unifier. We need someone who can unite this country, someone we can trust and someone we can still have a sense of belonging. If we can be able to achieve this first and foremost, then we will begin to rebuild our country in confidence and then our potential will come to light.

Those rejecting restructuring are behind Nigeria’s stagnation —Iwu

Nigeria @ 62: Paradox of poverty amid of plenty