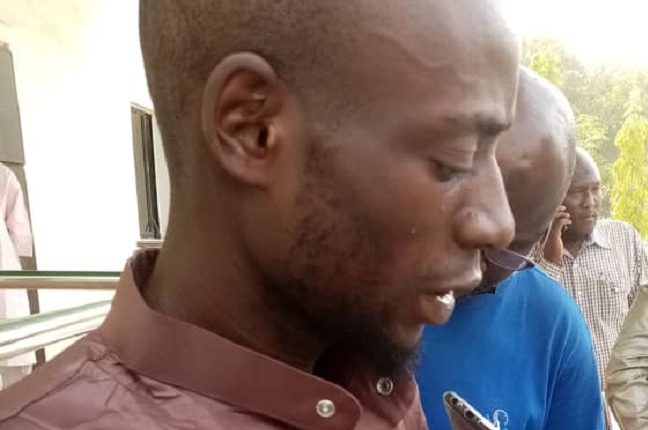 ONE of the freed students of Federal College of Forestry Mechanisation, Afaka, Kaduna State, Francis Paul, has said they were given water mixed with petrol to drink whenever any one of them wanted to drink water for the number of days they were in captivity.

Speaking in an interview with Nigerian Tribune on Wednesday shortly after he was handed over to his parents, Paul said the experience at the hands of the bandits was a very sad one which he wouldn’t like to recall.

The 200-Level Agricultural Technology student also said they were served twice with ‘Talge’ (a mixed watery guinea corn) as food.

He said: “The 38 of us were served with this delicacy (Talge). We just ate to put something in our stomachs. It is tasteless and very difficult to swallow. “You could imagine how the 38 of us will just eat in a bowl,” he stressed.

Explaining further, he said the bandits were moving the 38 of them from one forest to another for the period they stayed in the bush. He said even though none of the students was molested by the bandits, they slept on the ground.

He, however, said he intends to finish his studies, saying, “I want to go back to school and finish my programme. I will not surrender.”

Commenting on how the five of them were released, Paul said “one morning, they (bandits) came to us and started selecting us and told us that the five of us would regain our freedom.”

Earlier, during the handing over, the state’s Commissioner for Internal Security and Home Affairs, Samuel Aruwan, had said he was handing over the five rescued students to their parents and guardians.

He said the five of them, Abubakar Yakubu, Francis Paul, Obadiya Habakkuk, Amina Yusuf and Maryam Danladi had undergone medical checks and were found to be in sound health.