We did not ask FRSC personnel to carry arms ― Reps committee 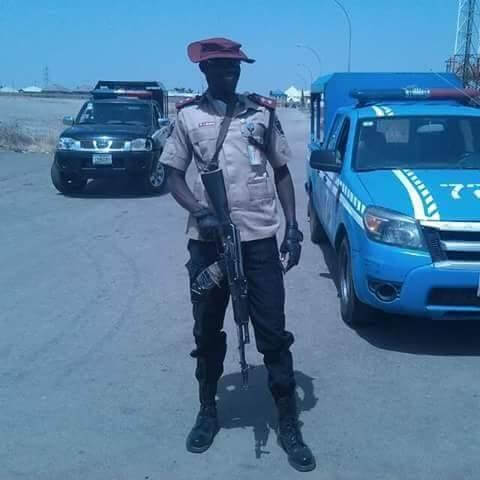 The House of Representatives Committee on Federal Road Safety Commission (FRSC), on Monday, said it did not advocate for the personnel of the commission to carry arms as being speculated in some quarters.

Addressing newsmen in Abuja, chairman of the Committee, Hon Mayowa Akinfolarin, who was flanked by other members of the committee said that there was no iota of truth in the report attributed to the committee that personnel of the commission will soon be carrying arms for protection while on duty.

He insisted that the Committee never said that Road Safety officials would soon bear arms, rather a special committee would be set up to look into the complaints of its Corps Marshall, Dr Boboye Oyeyemi, of killings, harassments and molestations of FRSC officers by the members of the public and propose amendments to the 2007 Act which established commission.

“We made reference to the 2007 Act establishing the FRSC, especially section 19 which allow those exposed to danger can bear arms and we said that a committee will be set up to liaise with them and other stakeholders. We did not say they should start bearing arms.

“There is existing law and if you don’t like the law or sections of the law, the right thing to do is to move for an amendment to the law. When that is done, it will go through the normal legislative process.

“So, we don’t want to lose our men unnecessarily because they are also Nigerians. Initially, we wanted to refrain from responding to this issue, but from the way the issue is going, we had to respond and put the records straight.

“Yes, the existing law said if they are exposed to danger, they can bear arms. We don’t even have the money to run the agency effectively. So, how can we be talking about buying arms for them now? Our concern is safety on the road and not whether they should bear arms of not.”

The lawmaker was, however, not committal on whether his committee would support officials of the FRSC to start carrying arms and whether the provisions of the existing law should be implemented or amended.