We can’t have credible elections if Buhari does not sign the Electoral Act amendment bill —Gabam, SDP vice presidential candidate 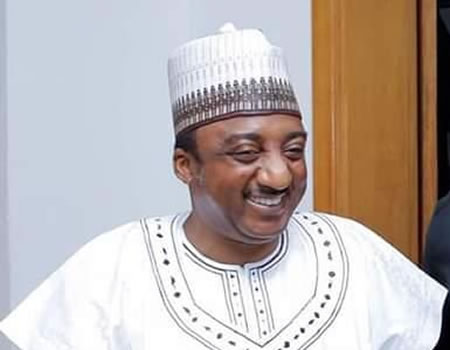 In this interview by ISHOLA MICHAEL, the National Secretary and vice presidential candidate of the Social Democratic Party (SDP), Shehu Gabam, bares his mind on the 2019 elections, restructuring, among other things.

Your party did not field any candidate in last month’s by-election to fill the vacant seat of Toro Federal Constituency of Bauchi State in the House of Representatives, why?

As a political party, you have to do your mathematics very well; it is not just about fielding a candidate. We are repositioning the SDP and we felt that given the short period and the fact that we were making major preparations for the forthcoming elections, it was better to concentrate on 2019. In the end, our fears were justified. In most of the polling units where you have 2,000 voters, less than 200 came out to vote. That was the report in the entire constituency; everywhere, there was low turnout of voters.

Are you insinuating that you don’t have confidence in the Independent National Electoral Commission (INEC) and the electoral system in the country?

There is no way you can have free and fair elections if politicians see them as a do-or-die affair and not as a means of service to the nation. Politicians usually undermine any process that would not guarantee their victory in an election. It is not just the INEC, it is not just the police; politicians are key factors in determining the sanctity of electoral processes. But the president has not signed the amendment to the Electoral Act. This gives room for perversive behaviours in the electoral process. A politician who has the capacity to mobilise thugs will control a polling unit and that will lead to thumb-printing, snatching of ballot boxes and so on; it is a combination of a lot of things. The moment we look at things from the point of national interest, we shall be able to deepen our democracy, restore law, order and fairness into our system as a people.

What other challenges or bottlenecks do you see ahead of the 2019 general elections?

What is critical is the readiness and resolve of INEC to ensure fairness by allowing the verdict of the electorate to stand. Election materials should arrive at the voting arenas at the appropriate time and the machines and the card readers should function properly. If this is done, people would queue up and conduct themselves peacefully. But when you deploy materials very late ‎and you are rushing people to cast their votes, you are shortchanging them. You are denying them their fundamental human rights. Now, when you undermine the convenience of the electorate, it means you cage the people for some selfish purposes. By so doing, you not are strengthening the institution, you are weakening it. So, INEC must live up to its responsibilities; it must ensure that no matter how bad a location is, they cannot claim ignorance or give excuses.

In the SDP, what do you think restructuring, which the people are agitating for, must entail?

We are talking of restructuring in a broad sense. You need the state police. Look at the pattern of migration from local communities to urban centres. People are searching for survival. This brings us to the need to beef up security in the urban centres. What state police does is to develop capacity to gather intelligence at the local level and feed the federal police. The fear is that state governments will take advantage of it to exploit the citizens, but that is not correct. There is a federal force that can take care of excesses. In Bauchi State, you have 20 local governments and when the constitution is amended and states are allowed to develop their own security apparatuses, they know how to deploy the personnel because they know the vulnerable areas. They know what to use the intelligence for because they have the right understanding of the terrain and the people. Any governor that has a crisis in his state is distracted and the resources that he is supposed to use for development would be diverted to solving the crisis. For the security breaches we are having, if there are indigenous security agencies, they will have a way of dealing with them using native intelligence.

You moved from the Peoples Democratic Party (PDP) to the All Nigeria Peoples Party (ANPP) and now to SDP. What informed these defections?

I am a founding member of the PDP, which was conceived by the G7. The PDP started with the late Abubakar Rimi who placed a call to the late Mallam Adamu Ciroma and other people. These were people that you could define as first-class Nigerians and career politicians who believed in the philosophy of democracy and the application of the rule of law. They built the template upon which the PDP operates. They were responsible for registering the party. The PDP was a pan-Nigerian project. The G7 was a coalition of Northern politicians that eventually morphed into G18 and expanded to G34.

The thinking of the founding members was to have a party that was pan-Nigeria and, by extension, pan-African. That was the reason why the late Alex Ekwueme was invited to be the pioneer chairman of the G34. It is in that blueprint that every Nigerian, irrespective of tribe or religion, has equal right of participation, equal right to vie for any position or office, from councillor to the president. That was the philosophy before the PDP started derailing. The PDP derailed when it compromised the blueprint. If you check through history, what led to the defeat of the party was internal revolt. The members revolted against the attitude of the party and voted against it. Before we exited the PDP, there was a committee headed by Professor Jerry Gana called strategic and inter-party affairs committee. I was a member of that committee. But the recommendations of the committee were not followed. That was the reason why we left the PDP and you can see that the party is engulfed in crisis.

I left the PDP for the ANPP and the history is also very clear. We went through processes of contesting when Mallam Isa Yuguda was contesting for governorship of Bauchi State. It was an internal issue between Yuguda and former Governor Adamu Muazu. Efforts were made to reconcile the two of them. I was part of the reconciliation process. The then (PDP) chairman, Ahmadu Ali, was directed by the president to ensure that all privileges and rights were given to Mallam Yuguda and Muazu should be supported to complete his tenure and Yuguda should continue with his campaign. The peace process was violated by Ali. Now, we went into the primaries and the committee that was sent to come and conduct the primaries in Bauchi disqualified Mallam Yuguda on the grounds that he did not produce his letter of indigene. This was somebody who had been a minister from Bauchi State and served in different capacities. You said he had not produced his indigene certificate but the fact is that you cannot truncate someone’s ambition inasmuch as it is legitimate and constitutional. We were not under a military regime where people were conscripted, so we said no; we would work for another party and we proved our point and that was the reason we migrated to the ANPP. We took the ANPP, built it up and won elections. That was how we uprooted the PDP in Bauchi State. I moved from the PDP to the ANPP and later went back to the PDP. Now, I have given you reasons why we left the PDP for the SDP. After our fact-finding, 99 per cent of the people suggested we go to the SDP. We repositioned the party and it becomes popular in every community.

The choice of every party is to have a Christian-Muslim ticket. What is your take on this?

For the June 12 (1993) election, the presidential candidate was the late MKO Abiola. His running mate was Babagana Kingibe and both of them were of the same religion. Nigeria did not factor in the fact that these were two Muslims that were trying to rule the country, why? Because the two of them had what it took to transform the lives of Nigerians, which meant that the citizens were not emotional about religion or tribe. What Nigerians are after is personality. It is really about who has the required quality to upgrade their living standard in order for them to meet their daily basic needs. I am a Nigerian and I believe in the Nigeria project. My ambition is predicated on my desire to give the best to my country. Whatever I do, I must be convinced about it. That does not suggest that other people are convinced about what I do but as a citizen, I do things based on the conviction that they are the right things to do. As the National Secretary of the SDP, I was not given salary but I committed myself to the party. If you check the history of the SDP, after it was registered and we took it to where it is today, you will find out that there was a lot of brain work. There was a lot of capacity that was brought into it to before it became a force to reckon with. We conducted primaries throughout Nigeria and we have structures. It is left for the people to take advantage of the platform and use it.

Well, those pushing for that have not given up because they believe there is a window. I am a rational person. I am a man who believes in destiny. What is destined for me by God, nobody can take it away. I cannot also take it away. The pressure was intense on me. Virtually on a daily basis, people come to me. And the reason is that whenever God gives me the opportunity, I develop relationships with a lot of people. I am transparent in the way I run my things, so I have gained the confidence of a lot of people. They are convinced that I will do much better if given a responsibility in a higher capacity. But I find myself in a political institution where I was the national secretary, which means it is not just my ambition that matters.

But many people are worried that your political mentor, Mallam Isa Yuguda, has defected to the ruling party?

We are into politics with different understandings of how to play it. Isa Yuguda wasn’t just my governor, we are also related. You see, the difference is that I am a career politician. I didn’t join politics as a vocation; politics was part of me right from childhood. I grew it as a career and those who trained me are political career people. The late Abubakar Rimi and others were my political mentors whose philosophies I believed in. I believed in their sagacity in politics. So, I am not a vocational person in politics; I am a career person in politics. Whatever decision I take is based on my political career. Whatever move I make is career-based. I don’t know the reasons behind Isa’s defection; he is in a better position to express that and it is also within his constitutional rights to move to any party he feels like moving to. He has his reasons, which only he can explain.

Fake news, hate speech and the 2019 general election ­—The redemptive role of the Nigerian media

We won’t bow to Wike, Atiku supporters in Rivers declare