We can’t afford ransom on our kidnapped pastor ― COCIN President 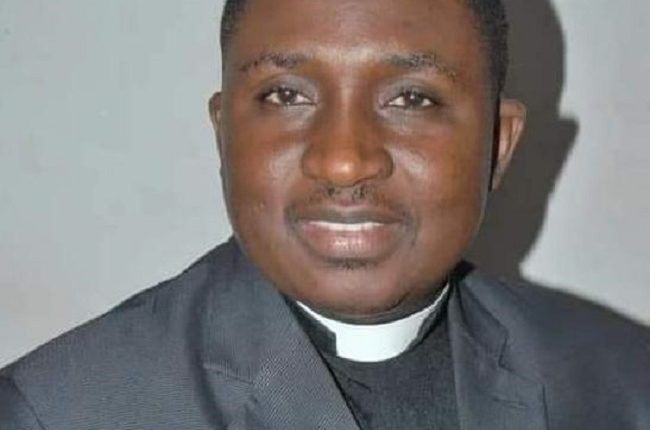 President of the Church of Christ in Nations, Rev. Dachom Datiri has declared that the church cannot afford the huge ransom being demanded by a terrorist group that abducted one of his ministers, Pastor Polycarb Zongo five weeks ago.

It would be recalled Pastor Zongo was kidnapped on October 19th 2020 while on his way to Gombe State on official assignment.

Speaking at the 98th General Council meeting of the Church held at its headquarters in Jos, COCIN, the President of the Church Rev. Datiri who did not disclose the amount emphatically declared that the church can not afford the ransom being demanded by the terrorists adding that it was a huge amount which the church cannot afford.

“Very sadly, Rev. Polycarp Zongo is right now into his fifth week in the hands of Khalifa troops. This has caused us so much trauma and distress and it is hard to imagine what is happening to him or what is going on in his mind.

“His wife and family are terribly devastated. We are beginning to hear the demands of a huge amount as ransom. The church can not raise such amount of money even in a whole year” he said.

“It is unacceptable that attacks on communities have continued unabated in Plateau, Kaduna, Taraba, Zamfara and several other states in the country despite the deployment of the military all over the country.

“If the United States Forces can come into the shores of this country, rescue their citizen, killing six of the captors and leave one alive as exhibits, then something is really wrong with the Nigerian government and troops.

“Government must therefore be sensitive to the needs of her citizens, demonstrate a sense of responsibility and do the needful.”

Obaseki who joined the Peoples Democratic Party (PDP) in June after he was disqualified by the APC, defeated Pastor Osagie Ize-Iyamu of the APC in the election results announced by the Independent National Electoral Commission (INEC) on Sunday.We can’t afford ransom

A Kano based industrialist, Chief Kalu Ogbonnaya, has advised the Federal Government to take necessary steps to stimulate the nation’s economy to prevent a recession post COVID-19.We can’t afford ransom