We are ready to pay N66,500 minimum wage in Gombe ―Dankwambo 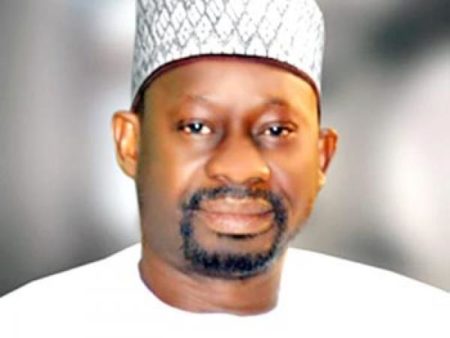 In Gombe, the state Governor, Ibrahim Hassan Dankwambo has assured that his administration is ready to review upward the salaries of workers whenever the proposed increase of minimum wage of N66,500 by NLC was concluded.
The Governor who was represented by his Deputy, Charles Yau Iliya at the 2018 Workers Day celebration held at the Pantami Stadium in Gombe assured that his government will not hesitate to implement whatever amount agreed on in order to promote productivity and improve on the welfare of workers in the state.
Hassan Dankwambo said that, “I have listened with keen interest to the speech of the Chairman of the NLC, all these are matters that government view with great importance. We shall therefore continue to work in partnership with the leadership of the NLC in resolution and implementation of these important issues in the best interest of the state”.
While speaking earlier, the state chapter of the Nigeria Labour Congress Gombe State Council urged the State Government to as a matter of necessity pay the balance of the 50 percent of leave allowances of local government employees and primary schools teachers in the state.

The state Chairman of the Labour Union, Haruna Kamar also called on the government to pay the 10 % of  health workers of local government and the implementation of promotion of local government employees and primary schools teachers.
The NLC called for more release of funds to settle the gratuities of retirees in Gombe state just as it called on the government to establish a functional printing and publishing company as well as functional firefighting institution and a befitting office accommodation for the organization.

We are ready to pay N66,500 minimum wage in Gombe, DanKwambo assures

Murtala Muhammed’s daughter, Aisha, Graca Machel, others to speak at US Black…