We are out to fight corruption with TAS solution ―NeGSt 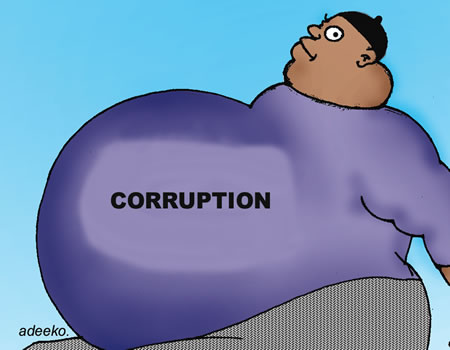 The Executive Vice Chairman of the National e-Government Strategies Ltd (NeGSt), Dr  Felix Obada, has said that the Transparency, Accountability and Sustainability (TAS) software solution, which it launched this week during a virtual conference, will help all Ministries, Departments and Agencies (MDAs) of the Federal Government, including the private sector organisations, to curb corruption.

Obada said the TAS solution, which has a complete local content, was developed by Nigerians, who he said have attained global ICT certifications, for the purpose of blocking financial loopholes, put a stop to capital flights and end corruption in the country.

According to Obada, the present government led by President Muhammadu Buhari has good intentions to fight corruption, but does not have the supporting technology tools that will block financial loopholes, which he said, TAS was developed to achieve.

Project Manager, NeGSt Ltd, Mr Ufot Abasiono, who presented the keynote paper at the virtual conference, entitled ‘How Nigeria Moved Government Business from Analogue to Digital Technology’, said shorty after Independence in 1960, corruption was not noticed in government and in the private sector, and the value of Naira was still strong, a situation that attracted bilateral relationships between Nigeria and the rest of the world.

He, however, said corruption gradually crept into the system and spread beyond the control of the government. He further explained that corruption persisted and lingered for too long, because successive governments have not found the right technology solution, adding that TAS, which has undergone a successful pilot test, was designed to help government and the private organisations, eliminate financial corrupt practices among Nigerians.

“With Nigeria as the largest economy in Africa and with the largest population of young people in the world, the country is well-positioned to develop a formidable digital economy estimated to yield approximately $1.0 trillion, but corruption has however remained an albatross on the neck of Nigerians,” Obada said.

“Having achieved great success with the pilot project, NeGSt is set to boldly fulfil her mandate and help Nigeria address her issues of endemic corruption and inefficiency in the delivery of government services with the launch of TAS.

“Working with the present generation of young, energetic and talented Nigerians, NeGSt is ready to replicate the template of the highly successful pilot project and help government and the people of Nigeria to do away with corruption and inefficiency in government businesses across the board,” Obada added.

COVID-19 ‘war games’: the computer programme that could help save your job