We are humans, we also make mistakes, Runtown tells fans 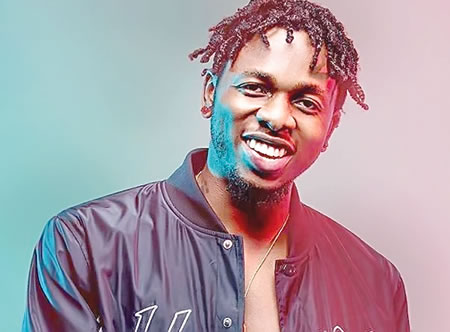 Mad Over You crooner, Runtown, appeared to be worried about fans’ constant demands from them to be upright all the time.

It has not been a rosy time for Runtown but the singer, who released his latest song, Body Riddim, some weeks back is gradually finding his way back to the top.

Runtown acknowledged the love and support he has enjoyed over the years from his fans,  but asked them to take it easy on celebrities.

The singer, who has had his fair share of high and low moments in the last few years, has been working hard to find his rhythm that made him the sought after acts dominating the music space in Nigeria and even Africa.

He urged his fans to learn how to forgive celebrities when they do wrong as they will not always get it right.

In a post that appeared like an appeal, Runtown said while celebrities represent excellence through their arts, they usually run into problems because their flaws are usually made public.

“We might be celebrities and represent excellence through our arts, but we are very much like you and sometimes, our flaws are made public. That’s when we expect you to be human too and give us the same forgiveness you give yourself for failing,” he said.

Del B accuses SARS of threatening to shoot him, Mo Eazi