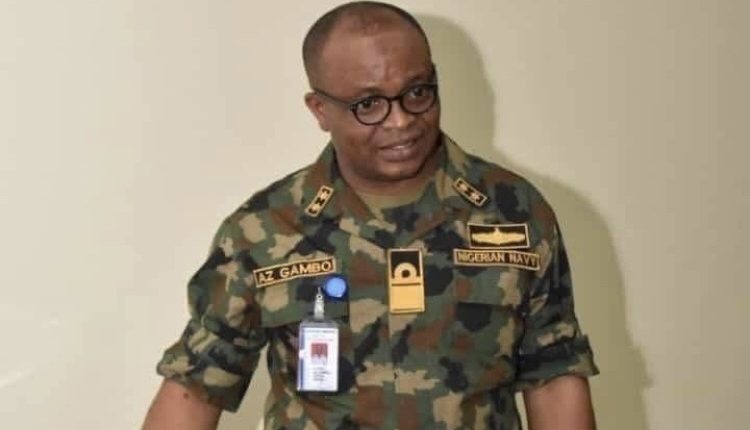 Chief of Naval Staff, Rear Admiral Awwal Zubairu Gambo, has said the Navy is determined, in cooperation with other security agencies, to restore peace in Anambra State.

Real Admiral Gambo said this during his visit to Gov. Willie Obiano, at the Governor’s Lodge, Onitsha, over the weekend.

Mr Gambo noted that the Federal Government under President Muhammadu Buhari had charged all Service Chiefs to work collectively to end the challenge of insecurity across the nation.

“I am here on an operational visit to Onitsha Outpost. I wouldn’t have been here, but for expediency due to the two separate incidents that happened a few weeks ago, which has led to the death of some of our men, even though the attack was not only limited to my men.

“We are here to assure our officers and ratings that had been here since 2010, to redouble their efforts at being alert in their duty posts because of potent threats from a certain group, the Eastern Security Network – an outfit being sponsored by an outlawed Indigenous Peoples of Biafra (IPOB).

“We are working in collaboration with the other security agencies to ensure lasting peace, which the state has been enjoying for a long time now.

“It is in the directive of President Buhari to work with other Service Chiefs to ensure the arrest of the challenge of insecurity in Nigeria and restore peace across the nation,” the Naval boss said.

He commended Gov. Obiano for the support he had extended to the security agencies, assuring him of maximum support.

Obiano while receiving the delegation commended the force for his prompt response in sending a crack team during the last attack on security personnel by hoodlums in the state.