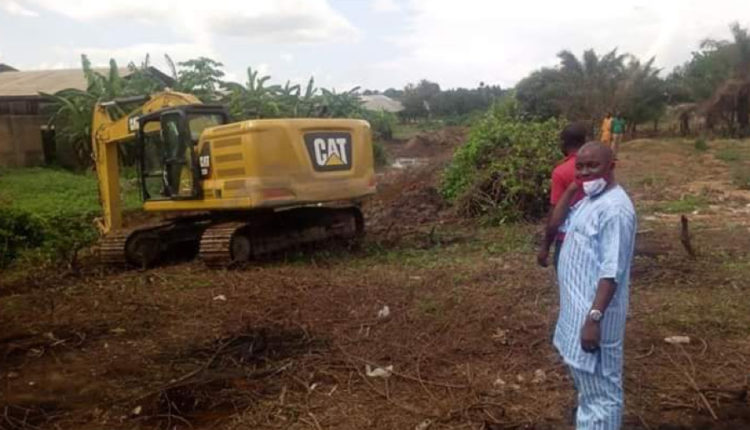 Hon. Ibrahim Ajagbe, caretaker chairman Ogbomoso North Local Government Area of Oyo State has reinstated its determination to make all route accessible through grading or roads and dredging of waterways in Ogbomoso.

Speaking with journalists recently in Ogbomoso, the Council chairman explained that the development is in line with Governor Seyi Makinde’s determination to develop infrastructure and restore the lost glory of the state.

Ajagbe noted that over 50kilometres of roads have been graded and many rivers dredged to prevent flooding and allow free flow of water adding that he will start laying asphalt on some very soon.

Hon Ajagbe said  ”we contacted the communities to know where they have issues on their roads and we fixed them immediately, and we have been receiving commendation letter and applause for the job well done.”

Speaking on the achievement of Governor Seyi Makinde in office, the Peoples Democratic Party PDP Chieftain said “Makinde has returned Oyo State to era of Awolowo with his free education policy and regular payment of salaries.”

Also speaking on insecurity and infrastructure in the state,he emphasised that” the governor has recorded an excellent mark and he is a true Omoluabi who is passionate about the development of the state.”

Ajagbe maintained that the people of Oyo State should expect more from Governor Makinde’s administration as he is ready to fulfill all electoral promises and place Oyo State on the part of greatness.

Prophet Olusola Aroja , while confirming the development said “sometimes in March we came to meet Hon Ajagbe to inform him of the challenges facing in our community since 2016, it became so worse that when it rains people abandoned their property because of flood and bad road, we have written several letters to council chairmen but only Hon Ajagbe responded he has fixed the road and we are grateful.