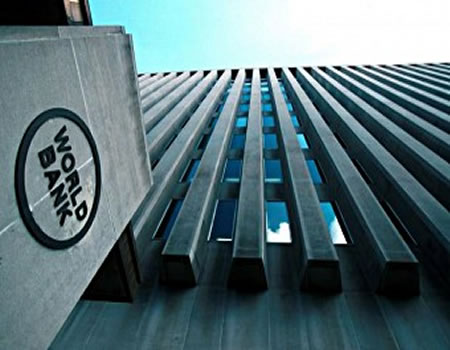 The World Bank says it had disbursed over 82 per cent of funds for the pilot Commercial Agriculture Development Project (CADP) scheme in five states.

The Bank’s Task Team Leader, Dr Shehu Salau made this known to journalists at the opening of the 14th CADP implementation support mission and wrap-up meeting which opened in Kaduna.

The News Agency of Nigeria (NAN) reports that the Bank initiated the scheme in 2009 with Kaduna, Kano, Lagos, Enugu and Cross River states participating.

NAN reports that the scheme was initiated to transform the practice of subsistence farming to agribusiness along value chains of production, processing and marketing of some selected crops.

It also targeted poverty reduction among youth and women through skill acquisition programmes to check their vulnerability in the society.

The scheme had provided access roads to farms in some of the benefiting communities as part of its multiplier effect and benefits.

The value-chain initiative, according to the bank, had created direct employment to over 3,000 youth and women across the five states.

This, he said, was in addition to numerous indirect agribusiness activities that sprang up from the skills acquired by the youth and women.

NAN learnt that each of beneficiaries had been empowered with start-up kits for businesses of their choices in the skills they had acquired.

NAN further reports that the project was implemented along selected crops, livestock, fisheries and dairy, targeting production, processing and marketing in accordance with the states’ priorities.

Salau, however, said that meeting was summoned to address some of the challenges encountered by the bank in the course of implementing the scheme.

He said that the participants would share information and experiences aswell as proffer solutions to identified problems during the two-day meeting.

Salau said that the outcome of the meeting would assist the bank in designing and implementing future programmes.

Meanwhile, the permanent secretary, Kano State Ministry of Agriculture and Natural Resources, Hajiya Binta Rabiu told newsmen that more than 850 youth and women benefited from the project in the state.

She said the state government had invested N465 million into the project within the period.

NAN reports that Kano state implemented the project in Rice, Dairy and Tomato value chain of production, processing and marketing.

Ugbe said the project had already started yielding multiplier effects for youth and women in terms of employment as well as food supply chain.

He said the CADP had sensitised many farmers on agriculture value chain, leading to the establishment of various agribusinesses in the state.

In Kaduna State, the CADP Communication officer, Malam Aliyu Saidu, said 110 youth and women got starter packs valued at about N3 million each.

Saidu said another 200 applications had been approved and awaiting disbursement of the start-up packs in the state.