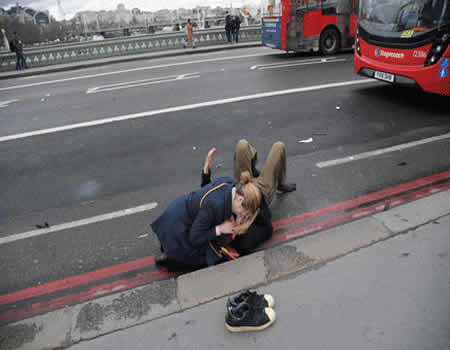 A policeman was stabbed, an assailant shot and several people injured on Wednesday close to Britain’s Houses of Parliament in what police said they were treating as a terrorist incident.

Reuters reporters inside the building heard loud bangs and shortly afterwards a Reuters photographer said he saw at least a dozen people injured on Westminster Bridge, next to parliament.

His photographs showed people lying on the ground, some of them bleeding heavily and one apparently under a bus. The number of casualties was unclear.