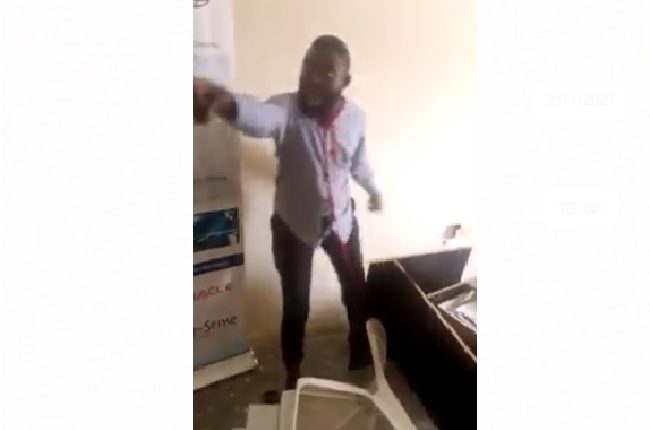 It was a sensational dramatic piece with Mr Freeman Godwin an appointee of Cross River Governor, Ben Ayade who has threatened to commit suicide over non-payment of salary after his appointment.

Freeman, whose designation is not known as at the time of this report is heard in a video made available by Phylo Modlin, screaming “When it is time for work, they will use you and dump you, at the end of the day nothing happens; I will die for this government. I will die in this office.”

The Obudu born man further lamented that he was on his own doing his business, but the government called him to give him an appointment which he had to borrow money to do documentation, yet no payment was forthcoming. He added that his wife was delivered a baby through cesarean section, popularly called CS.

His Facebook timeline suggests he has been struggling with a lot of issues since the beginning of 2021.

“Governor Ayade has about 6,000 aides. If 5,999 are being pained regularly, must the case of one person be a big issue? He was employed just November and we are in January. I think he went to the Auditor General’s office and the issue is purely administrative,” Ita added.