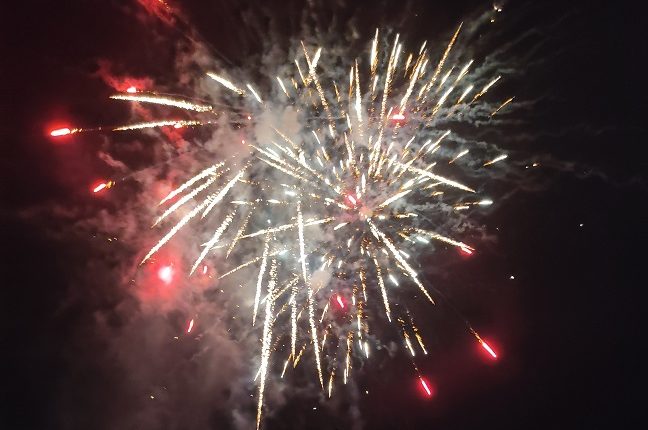 The year 2020, in Osogbo, the Osun State capital was seen off without the usual fanfare and celebration that normally heralds a new year.

However, the state government, while adhering to COVID-19 protocols by restricting mass public gatherings, decided to use fireworks displays to send a message of hope to its residents across the state.

Speaking to the Nigerian Tribune during the fireworks display simulation, the representative of the governor of Osun State, the Commissioner for Youth and Sports, Yemi Lawal, said that the display was done to spread some cheer amidst a gloomy atmosphere. He added that the displays were a message of hope to the people of the state, adding that the new year was one set by the present administration to give succour and realisation of dreams to the teeming youths and people of the state.

He said, “We couldn’t hold a mass event due to the second wave currently on but we decided to still do this very small fireworks ceremony to herald a new year that Mr Governor has tagged a year of hope. Hope for all residents of Osun State as the dividends of democracy will continually be brought to their doorsteps. We will not relent to liberate the common man and actualise the dreams of our teeming youth. 2021 is the year of birthing dreams and actualising the hopes of our people. That is our mandate.

“As they look into the bright skies lit up by the fireworks display, it is our message to them that the new year will be one, in Osun State, that will make life and living brighter.”

The governor reiterated his administration’s commitment to the people of Osun State as regards the mandate entrusted to him and his cabinet, stressing that the new year will be remembered as one of hope restored in progressive governance and delivery of the dividends of democracy.