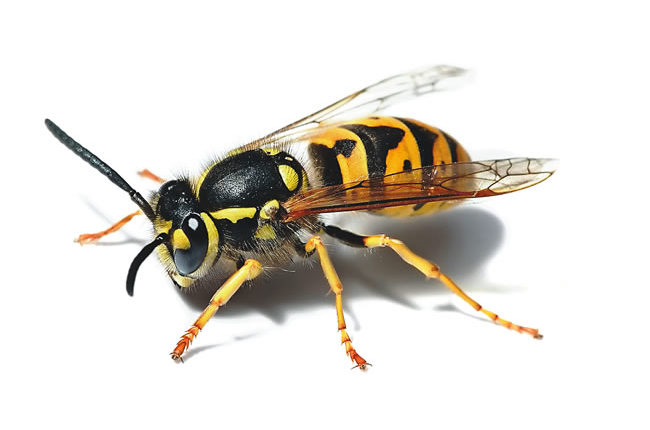 They indicated that various doses of wasp venom significantly improve swelling and movement. More importantly, the venom can reduce the severity of rheumatoid arthritis in these animal models, even reversing damage from the disease in some cases. The study appeared in the journal, Evidence-based Complementary and Alternative Medicine.

The researchers said that the improved symptoms in the wasp venom group were similar to those of the folate analogue methotrexate (MTX), as an NSAID approved by the FDA for the treatment of rheumatoid arthritis, but the effect of low dose was not significant on swelling reduction and inhibition of inflammation.

According to them, “These results suggested that WV has the functions of relieving joint swelling, inhibiting synovial inflammation, suppressing the excessive immune response, and protecting immune homeostasis, which may improve symptoms and become effective remedies for rheumatoid arthritis.

“This study demonstrated that wasp venom might have been a potential therapeutic alternative for rheumatoid arthritis. In addition to being a folk prescription for many years, wasp venom deserves further study to be discovered, explored, and acknowledged.”

Rheumatoid arthritis is a chronic (ongoing) inflammatory disorder affecting many joints, including those in the hands and feet. In rheumatoid arthritis, the body’s immune system attacks its own tissue, including joints, causing painful swelling and pain.  In severe cases, it attacks internal organs including the eyes, lungs, heart, blood, nerves, or kidneys.

Over a long period of time, the inflammation (redness, warmth, swelling, and pain) associated with rheumatoid arthritis can cause bone erosion and joint deformity. As damage progresses, the joints become enlarged and are unable to move.

Rheumatoid arthritis is 2.5 times more common in women than in men. It usually occurs in people who are between the ages of 20 and 50; however, young children and the elderly can also develop rheumatoid arthritis.

While there’s no cure for rheumatoid arthritis, treatments include medicine, lifestyle changes, and surgery. These can slow or stop joint damage and reduce pain and swelling. However, medicines for its treatment are not without unwanted side effects. That is why a growing number of people are looking for new alternatives to address the inefficiency and safety of these drugs.

Venom therapy, as a complementary and alternative medicine approach, has been used for several centuries to treat pain, inflammation, and arthritis in folk medicine. As early as the Warring States Period, the Inner Canon of the Yellow Emperor (“Huangdi Neijing” in Chinese) has a record of “bee sting is therapeutic despite the toxic risk incurred.”

Wasp venom contains a variety of biologically active constituents. It exhibited various pharmacological effects in the treatment of pain, inflammatory disease, and neurodegenerative diseases. Based on its remarkable effect on rheumatoid arthritis, it has become a habit to be widely used in Jingpo, a Chinese national minority.

In recent years, many compounds with anticoagulation, antiplatelet, anti-inflammation, and immunosuppressant activities have been separated from the venom of wasp (Vespa magnifica), a kind of social wasp in China.

Several trials also have shown that bee and scorpion venoms could improve arthritis-related symptoms and halt the progression of rheumatoid arthritis.

The study, published in the Journal of Pharmacology and Experimental Therapeutics, says one of the components in the venom of the scorpion called Buthus tumulus rapidly accumulates in joint cartilages. It specifically blocks the channel to stop the cells from damaging the joints. They believe that this drug delivery method could be a safer way to treat arthritic diseases.

Similarly, a study reported in the Journal of Ethnopharmacology found that bee venom can help prevent one type of arthritis in rabbits.  Bee venom seemed to prevent arthritis with the help of hormones called glucocorticoids.

A recent review published in BMJ Open also found some evidence that bee venom may help treat symptoms of rheumatoid arthritis in people. In that study, people who used bee venom reported fewer swollen joints, tender joints, and less morning stiffness than those who were given a placebo.

When aged parent suffers from dementia: What can you do?

Lemon leaf, like juice, is good for deworming —Study