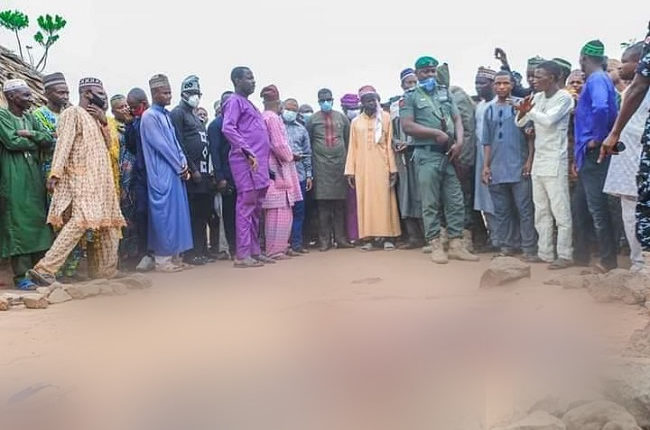 More facts emerged on Monday over the killing of six members of a family by unknown gunmen at Wasinmi, close to Ikire town in Osun State.

One of the sons of the deceased family head, Yaya Samu, revealed that his father who was praying in a mosque was bundled out of the praying ground before gunmen killed him, his two wives and three grandchildren.

The son who escaped the killing made this known while speaking with newsmen.

He identified the deceased family head as Samu and narrated that he escaped the brutality through the grace of God as he fled the scene.

According to him, “The attackers came on two motorcycles and got to the settlement around 10 pm. There are many households in the settlement located about five kilometres off the Ife-Ibadan Expressway. I am still surprised why my family was the target of the assailants.”

He said when the attackers came, they “started searching huts in the settlement. They didn’t enter some of the huts. They brought out the two wives of the deceased and three of his grandchildren and gunned them down.

“They asked for Alhaji and they led those already brought out to where my father was. He was inside the mosque and they called him out. They asked him, his two wives, three grandchildren and one other resident to kneel down.

“They asked my father for money and he told them he didn’t have money. My father also told them that he didn’t keep money at home and that whenever he needed money, he would sell his cow.

“They told him and the others to stand up and go and as he stood up, he was shot. The victims were shot at close range. I was in hiding while all that was happening. Two of my father’s grandchildren that were killed were my children.”