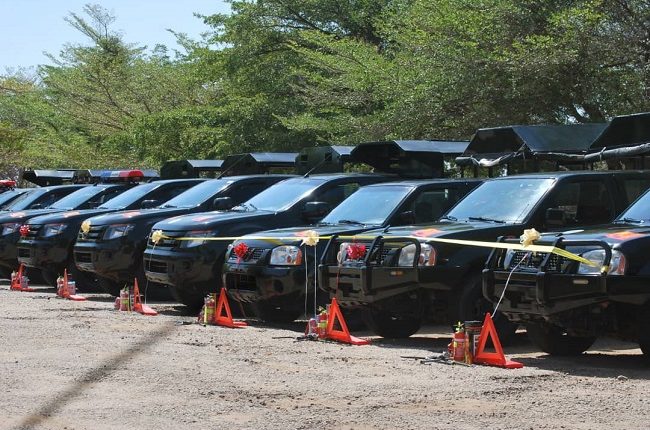 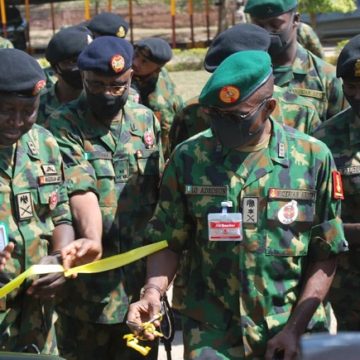 19 war vehicles have been refurbished by the Nigerian Army Armour Corps (NAAC) ready to be used by its troops engaged in the ongoing fight against terrorism particularly in the North-East subregion where the dreaded Islamist group, Boko Haram, is terrorizing innocent citizens.

The refurbishing was embarked upon by NAAC with Headquarters in Bauchi as part of its efforts to enhance and strengthen the Nation’s security architecture and ensure that lives and property were adequately protected.

While Commissioning the refurbished ‘B’ vehicles at the NAAC headquarters in Bauchi Thursday, the Chief Of Army Staff (COAS), Lieutenant General Tukur Yusuf Buratai, explained the gesture was in line with the policy of the Nigerian Army to prepare and boost the morale of its personnel to combat terrorists in the country.

The COAS who was represented by the Chief of Policy and Planning, Army Headquarters, Lieutenant General Lamidi Oyebade Adeosun said that the efforts of NACC in the refurbishment of the vehicles will go a long way in improving the operational capabilities of the Army personnel.

He further said that the idea to refurbish the war vehicles would help equip officers that would be deployed to war zones with healthy vehicles and enable them to succeed.

The Chief of Army Staff who hailed the Army Armored Corps’ action promised that the Army headquarters is ever ready to support all army formations nationwide to discharge their statutory duties.

According to him, the military have the mandate of providing external security to Nigeria by protecting its territories and therefore charged the troops to deal decisively with criminals across the nation.

We are committed to eradicating drug abuse, trafficking in Anambra ― NDLEA