Want to get healthy? Try spices for cooking

Although habit and preference matter when it comes to spicy food, researchers in this article by SADE OGUNTOLA, say that even a small, gradual increase in spices in the food can make the food taste good aside from its health benefits. 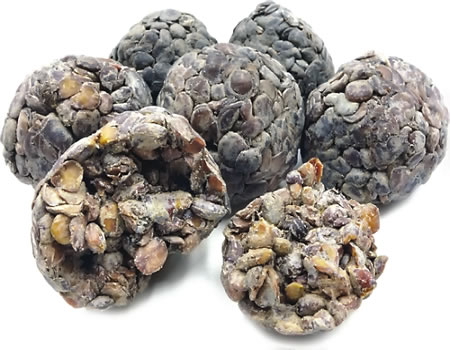 Although habit and preference matter when it comes to spicy food, researchers in this article by SADE OGUNTOLA, say that even a small, gradual increase in spices in the food can make the food taste good aside from its health benefits.

Herbs and spices have long been used in medicinal and culinary traditions across the world. They were much celebrated for their benefits.

Even today, not many know that a dash of turmeric, thyme garlic or even nutmeg can actually add flavour to any meal while also helping to boost immunity and protect against diseases.

In the culinary arts, the word ‘spice’ refers to any dried part of a plant, other than the leaves, used for seasoning and flavouring a recipe, but not used as the main ingredient. This includes chilis, cloves, garlic, nutmeg, chilli peppers, black pepper, ginger and turmeric.

Every other part of the plant, including dried bark, roots, berries, seeds, twigs, or anything else that isn’t a green leafy part, is considered a spice.

Mrs Ann Ozoh, a dietician at University College Hospital (UCH), Ibadan, Oyo State, said that Nigeria is highly endowed with spices and condiments to flavour food which is more beneficial to the body than chemical-based flavours that most people patronise.

Ozoh said pieces of evidence abound that many spices and condiment such as ginger, locust bean seed, scent leaf and alligator pepper (ata ire in Yoruba) and turmeric unlike the monosodium glutamate-based food seasonings also have medicinal values.

Aside from spices and condiments being natural sources of vitamins and minerals for a functional body system, Mrs Ozoh said they are safe for consumption and without any fear of any side effects.

According to her, “Spices can also be chosen based on their health benefits, some help with control of blood pressure and blood sugar levels. Take for example; bitter leaf can be used to garnish foods because it supports good blood sugar control.

“Also spices for meals can also be chosen based on an individual’s medical condition.  One is better off at the end of the day rather than using seasonings that contain chemical substances like monosodium glutamate which could have side effects.”

The study enrolled 606 Chinese adults and determined their preferences for salty and spicy flavours. Researchers then linked those preferences to blood pressure.

In fact, researchers at the University of California said mixed spices in normal cooking quantities could help boost immunity and protect against disease.

The results – reported in the journal Nutrients – showed an increase in ‘good’ bacteria in the gut, including bifidobacterium, which is associated with immunity and reducing inflammation.

Moreover, a 2013 review of studies suggests that curcumin, which is the active component of turmeric can decrease the level of glucose in the blood, as well as other diabetes-related complications.

It also may benefit brain health in particular. Early lab-based studies suggest curcumin may prevent amyloid-beta plaques fringe in the brain, one of the hallmarks of Alzheimer’s disease.

Capsicum is the main bioactive plant compound in chilli peppers, responsible for the unique, pungent taste and many of their health benefits.

Including bay leaves in a recipe may help digestion. Bay leaves have been associated with the gastroprotective activity as an aid for digestion in animal studies.

On the other hand, garlic is a great spice used to add a unique flavour to food. It helps fight heart disorders, high blood pressure and colds and coughs.

Since herbs are so tiny, most people tend to add too many to one dish. But a little bit goes a long way to flavour a meal. Also, many herbs will lose their flavour if overcooked, so preferably adding them at the end is the best.

Power, politics and conflict of ethnic identity in Nigeria

What FG should do