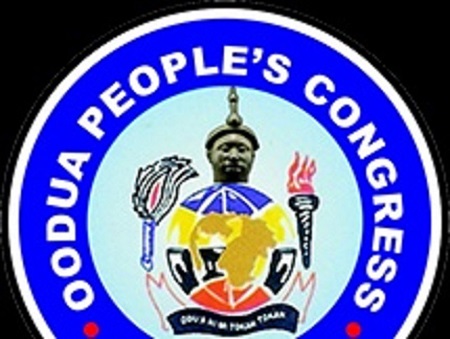 Oodua Peoples Congress (OPC) has condemned the murder and arson charges raised against three of its members that handed over the notorious kidnap warlord, Abdullah Iskilu Wakili to the police, saying the group would seek justice against the unjust arrest, arraignment and charges of arson and murder for the trio.

The three members of the group Awodele Adedigba, Dauda Kazeem, and Hassan Ramon were Wednesday arraigned before an Oyo State Chief Magistrates Court, sitting at Iyaganku, Ibadan on a six-count charge, including, conspiracy, arson and murder.

OPC said this in a statement made available to newsmen on Thursday by its spokesperson, Barrister Yinka Oguntimehin, saying it was unfortunate the police had to accuse the three members of murder and arson, having twisted the narrative.

This was just as the group noted that people tended to be discouraged most times when things like these happened as there was no way organisations like OPC that had the capacity to assist the police in ensuring effective security of people would continue without giving it a thought but vowed that it wouldn’t be discouraged in its effort and would always play its roles in ensuring that the South-West region was safe against criminal elements.

“It is most unfortunate that the police have twisted the narratives, accusing our members of arson and murder. The police decision against our members was nothing but a misplaced one and it was discouraging.

“People tend to be discouraged most times when things like these happened because there is no way organisations like ours that have the capacity to assist the police in ensuring effective security of people will continue without giving it a thought.

“But we wouldn’t be discouraged in our effort. We will always play our roles in ensuring that our region is safe against criminal elements,” he stated.

It would be recalled that the OPC, alongside the joint team of Ibarapa security had, on Sunday, March 7, arrested Wakili and three others after several attempts that culminated in a gun battle.

Wakili, a notorious kidnap kingpin was nabbed barely seven days after his second-in-command, Isiaka Muhammadu, was arrested alongside four others, by the Oyo State chapter of the OPC on the directives of the Aare Ona Kakanfo of Yorubaland, Iba Gani Adams, and then handed over to the police.