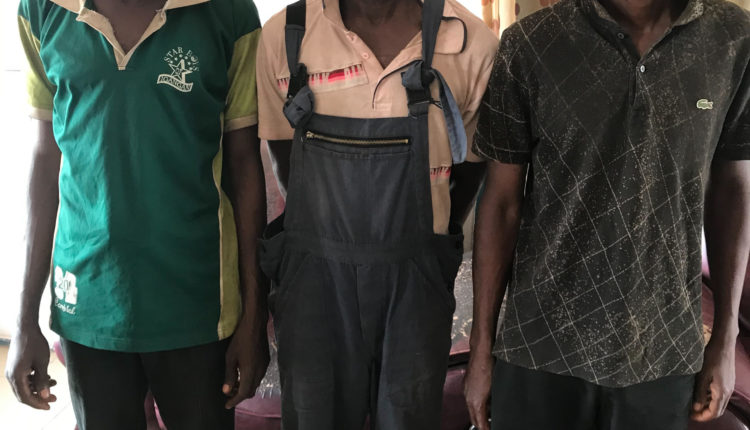 Contrary to reports that the three members of Oodua People’s Congress (OPC) arrested in Oyo State in connection with Wakili’s case had been transferred to Abuja, Tribune Online has gathered that they were in police custody at State Criminal Investigation Department, Iyaganku, Ibadan, Oyo State, on Tuesday.

However, they were granted bail in the evening of same day based on health conditions and handed over the Aare Ona Kakanfo, Iba Gani Adams.

Tribune Online was at the State CID where an interview was conducted with the detained OPC members.

During the interview, the OPC members, who gave their names as Dauda Kazeem (38), Hassan Ramon (39) and Awodele Adedigba (45), denied killing anyone or committing arson.

They said that all they did was to capture Wakili and hand him over to the police at Igboora Division for an investigation into the atrocities he allegedly committed in connection with kidnapping.

One of the OPC members, Kazeem, talked about abductions that had been taking place in Ibarapa zone, with the latest occurring on Friday, March 5, during which a woman was abducted for a few hours on her way to a farm to buy cashew nuts for sale.

He said that she was released after the abductors collected the N350,000 they found with her and released her when she could not source for more money.

Kazeem stated that it became a source of concern for OPC covering Ibarapa, prompting them to go out in protection of the indigenes on Sunday March 7, which was a market day.

To their surprise, he said, some Fulani men started shooting at them sporadically, which led to their being pursued as they ran to Wakili’s camp to escape, with three of them caught.

Kazeem stated further that Wakili showed his face from inside his residence and started threatening them, but was quickly subdued, arrested and taken to Igboora Division with three others initially arrested.

Kazeem said that they were eventually taken to Ibadan with the Fulanis at the State Criminal Investigation Department, Iyaganku.

He said further that another Fulani who was brought was the one who told the news that someone was killed and Wakili’s camp razed.

He said that none of them knew anything about the reported issue, as they took Wakili to the police station immediately he was apprehended.

Confirming the release of the OPC members, the state Police Public Relations Officer, CSP Olugbenga Fadeyi, said that they were granted bail based on health grounds so that they could go and treat themselves medically.

Tribune Online learnt that they were expected to be brought to the police every other day.