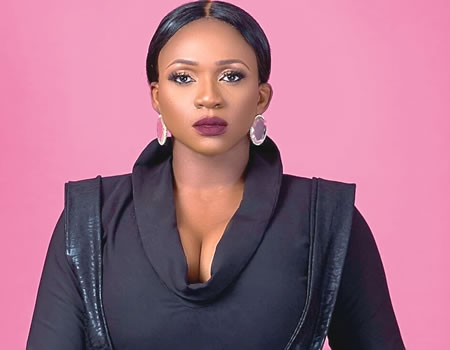 One of the most critically acclaimed shows on the Lagos theatre circuit-Legends, Kings and Kingdoms: the Musical’ opened for the first time in Abuja to packed crowds and rave reviews.

The musical drama, produced by Seeing through the Arts and Declassical Arts & Entertainment showed at the Congress Hall of Transcorp Hilton on June 7 and 8, sold out seats and attracted dignitaries – including, former Minister of Transportation, Rotimi Amaechi, Plateau State governor, Simon Lalong and Kaduna State governor, Nasir el-Rufai, as well as top Federal Government officials and members of the diplomatic community.

In the musical, five African heroes: Nigeria’s Sango, Nana Yaa Asantewaa of Ashanti in modern Ghana, Queen Neferneferuaten Nefertiti of Egypt, Shaka, King of the Zulus in modern South Africa and Queen Amina of Zazzau in what is now northern Nigeria answer the call of a distressed priestess to save their people, ‘Modaland,’ from a common enemy – the Shadow. The production explores themes of loyalty, love, honour and overcoming formidable odds.

I’m not against creation of state police — El-Rufai

Co-directed by an alumnus of the MTN scholarship programme with MUSON for creative professionals, Ayo Ajayi, the 2018 show boasted such industry leading lights as Yinka Davies and Segun Adefila.  For its 2019 run, star vocalist and actress, Waje joined the cast, playing the role of a goddess and Shaka’s love interest.

Since its debut in October 2018, Legends the Musical has seen dazzling colour displays, soaring music performances, elaborate stage choreography and a daring story that seamlessly weaves African history with contemporary societal issues. In 2019, the show did a third run at the MUSON Centre in Lagos as well as another showing in Bonny, Rivers State.

Legends the Musical was supported by the MTN Foundation as part of its Arts and Culture lineup of shows highlighting authentically Nigerian stories. According to the Foundation’s Executive Secretary, Nonny Ugboma, “Our excitement about the growth and evolution of Legends the Musical compelled us to take the show around the country, which reinforces our continued support for Nigerian arts & culture, a commitment we have made since 2006.”

Critically acclaimed shows which have benefited from this support in the past year include Fela and the Kalakuta Queens; the first three runs of Legends the Musical; the Life in My City Art Festival in Enugu; Our Son the Minister; the Made in Nigeria Poetry Show; Oba Esugbayi: The Play and High: The Play.

‘I would rather go hungry than compromise my standard’

Tiwa to critics: The person sucking my ‘sagged’boobs not complaining

I have a name, brand that can open doors for me —Dami Adenuga

My father still with his abductors three weeks after, actor Odoputa cries out