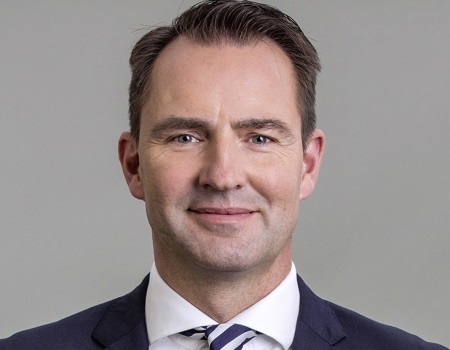 MR Thomas Schaefer, the Chairman and Managing Director of Volkswagen, says the company is ready to produce two million made-in-Nigeria cars as soon as President Muhammadu Buhari gives assent to the automotive industry bill into law.

Schaefer made the statement in Abuja during an interview with newsmen as he led a delegation to discuss developing the African automotive industry by adopting an African approach.

” The market at the moment in Nigeria is not big due to various reasons, the total number of cars built in Nigeria is about 10,000 cars which is small.

”I personally believe that Nigeria is good for 2,000,000 cars per year; with good government policies and collaboration with the industry, this can be achieved, ” he said.

Schaefer said that used cars imported into the country were preventing any kind of industrialisation.

He said that Volkswagen would invest more than 100 million dollars in the first stage of its development project in Nigeria and provide more jobs.

According to him, Nigeria has been recognised as an important segment of the African automotive sector.

“We are also pushing for the passage into law of Nigeria’s automotive policy capable of advancing the growth of Africa’s automotive sector,’’

Schaefer advised the government not to allow Nigeria to become a dumping ground for used cars even if the vehicles were cheap.

Schaefer said that Volkswagen would ensure that 70 per cent of the raw materials used in its production were sourced locally.

”You need to localise the raw materials otherwise there will be no cost advantage.

”If you bring in all the materials, the logistics cost will kill the project.

“Nigeria has a lot of raw materials that can be used, ” Schaefer said.

Davies called for an effective management system for the country to boost the value chain.

”A country like Nigeria has a very hard decision to make because it is either the country continues to import second and third hand cheap substandard vehicles which are cheap and consumer-friendly or the country wants to create jobs, ” he said.

The objective of the automotive policy is to restore assembly and develop local content, thus creating employment, acquiring technology and reducing pressure on the country’s balance of payment.

The bill has been passed by the National Assembly waiting for the president’s assent. Once it is signed, the core operators in Nigeria.