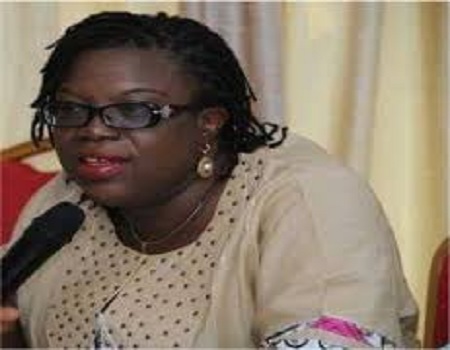 The United Nation (UN) Women, European Union (EU) and Women Advocates and Research Documentation Centre (WARDC) have called for an end to all forms of violence against women and the girl child in Nigeria and other parts of the world.

The women made the demand while speaking during a focus group meeting organised by WARDC in Lagos on advancing strategies to address Gender-Based Violence (GBV) and Harmful Practices (HP) and promote Sexual Health and Reproduction Right (SRHR), with the discussants and participants at the event emphasising on the need to protect women and girls in different parts of the country.

The focus group meeting which held for three days at Pearlwort Hotel and Suites in Alausa, Ikeja for Lagos West, Lagos East and Lagos Central senatorial districts respectively and organised by WARDC with support from UN Women, is implementing the Spotlight Initiative Project in Lagos State.

The Executive Director of WARDC, Dr Abiola Akiyode-Afolabi, while speaking during the focus group meeting for Lagos West Senatorial District, called for more enlightenment on the sexual and reproductive health and rights of women and girls in Nigeria.

She disclosed that the United Nations and European Union women had set up a spotlight initiative focused on eliminating all forms of violence against women and girls in line with the 2030 agenda for Sustainable Development Goals.

“There are a lot of discussion about women body integrity whether they have a choice to decide the number of children that they are supposed to have and whether the government is contributing enough funds to give the necessary information for people to know how to plan their family in a manner that the country will not have a population it cannot deal with. The government need to see it from the point of view that addressing the problem of population is addressing the issue of sexual and reproductive health right.

“We want to build voices around the issues of reducing to a level of zero sexual and gender-based violence, address any form of harmful traditional practices to everybody and to ensure that the issue of sexual and reproductive health right to address the issue of population.”

WARDC is a non-governmental, not-for-profit human rights organisation that is committed to the promotion and protection of women’s rights through advocacy, research, documentation and litigation,” she said.

WARDC is implementing Pillar 6 of the Spotlight Initiative project, which seeks to strengthen the capacities of Women’s rights groups and Civil Society Organisations (CSOs) to end Gender-Based Violence, Harmful Practices and to Promote Sexual Health and Reproductive Rights in Nigeria.