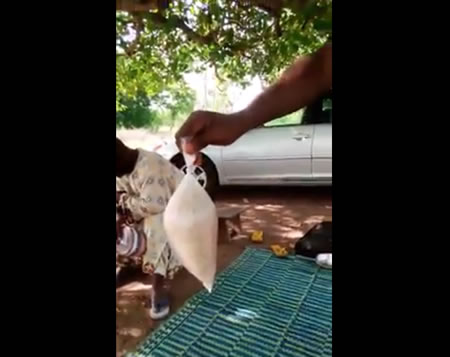 More Nigerians have continued to express their disgust over the grossly insufficient amount and nature of relief materials being sent out by the government.

In yet another video, this time reportedly from Kwara State, a small bag of rice is on display among a group of people who subsequently curse the persons who gave out such a paltry handout.

In locations like Lagos and Ogun, which have been beneficiaries of billions of naira in financial aid towards the coronavirus pandemic, residents there have shown disappointment over the meagre amounts distributed during the lockdown.