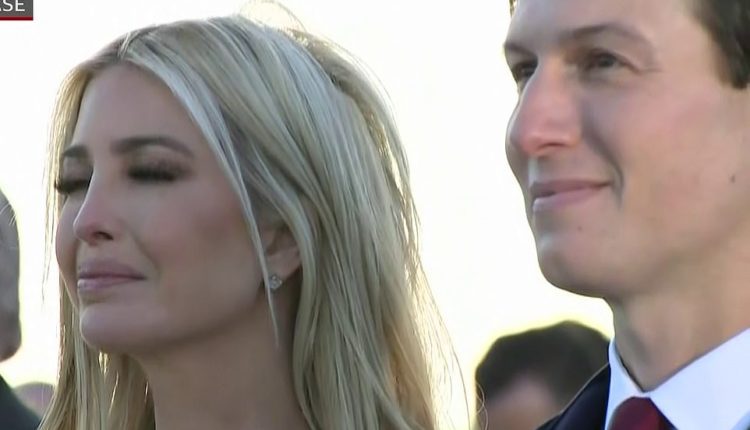 President Trump’s daughter, Ivanka was overcome with emotion as her father departed Washington DC on Air Force One for the last time.

Ivanka Trump, 39, scrunched her face up in sobs as she watched her dad in the final hours of his presidency arriving at Joint Base Andrews and boarding a plane south to Palm Beach, Florida.

Accompanied by her husband and her children, the First Daughter also stood alongside her siblings Eric, Don. Jr., and Tiffany — the latter of whom were trying their best to hold it together during the emotional sendoff and her siblings as they watched their time in DC come to an end and their father fly off.

She walked across the tarmac with her youngest son, Theodore, while her husband Jared Kushner held hands of their son Joseph and daughter, Arabella.

Ivanka seems to have utilized a tube a waterproof mascara, staying perfectly made-up as she got emotional during her father’s speech.