Latest NewsEducation
By Biola Azeez - Ilorin. On May 9, 2019 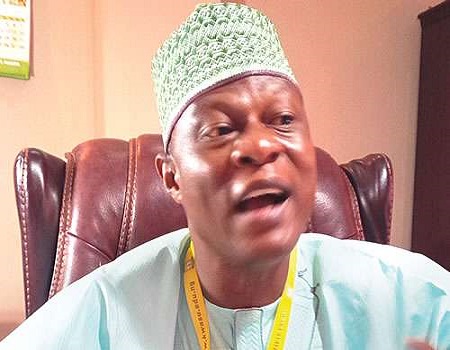 Management of the Kwara State University (KWASU), Malete has decided to temporarily close the university until further notice to prevent against any possible disturbances by students.

It is recalled that the National Association of Nigerian students Students (NANS) and the students of the university on Wednesday issued a 24 hour ultimatum to the state government on appointment of an acting vice chancellor for the university, condemning the directive given to the vice-chancellor, Professor Abdulrasheed Na’Allah, to proceed on terminal leave before expiration of his tenure in July 2019.

In a statement signed by the deputy vice-chancellor (Academics) of the university, Professor Sakah Mahmud, on Thursday, the management said that the measure was to ensure the security of the campus.

The statement reads: “Because of recent developments in our state and in the University and our students’ reactions to the Government’s appointment of an Acting Vice Chancellor in which the students gave a 24 hour ultimatum to government, the University Management (and three University Members of the Governing Council) met yesterday, Wednesday, 8 May, 2019 and decided to temporarily close the university until further notice as a preventive measure against any possible disturbances.

I want to re-emphasize that this measure is to ensure the security of our great campus. I am in touch with the Pro-Chancellor and Council Chairman, and he indicates total support that closing the campus at this time is desirable. Thank God that exams have been completed and gradings are still ongoing, with some lecturers already uploading their grades.

Staff and students should leave the University quietly and ensure the safety of property and life. Reports reaching me indicates that a contingency of police (in vehicles belonging to KWIRS) were being driven towards the campus and it took some intervention to get them to return to Ilorin. KWASU does not want any situation in which the ongoing temporary crisis which would be safely and easily resolved by the grace of God leads into the loss of any life. Please take your luggage and other personal properties and go home safely until further notice.

The Office of Campus Safety is hereby notified and to please monitor everywhere to ensure peace and safety on campus”.

Also, the apex socio-cultural organization of Ilorin indigenes, Ilorin Emirate Descendants Progressive Union (IEDPU) has accused Governor Abdulfattah Ahmed of Kwara state of desperation in making sure that a particular candidate emerges as the next Vice-Chancellor of the state-owned university.

Addressing journalists in Ilorin on Thursday, the Acting National President of the union, Alhaji Yahaya Ahmed, said that since the issue unfolds on Tuesday, the union had received so many complaints from different people, said to be disturbed by the decision of the outgoing government to direct the Vice-Chancellor of the State University on terminal leave.

“It is important to stress that the decision of the Union to call this conference is informed by her status as an important stakeholder and the voice of a significant segment of  Kwara State,which cannot pretend to be unaware of such  unusual and objectionable development that have the tendency of eroding the culture of tranquility and academic excellence erected at KWASU courtesy of the victimised Vice-Chancellor.

“The Union wishes to state that the directive that the Vice-Chancellor, Prof. AbdulRasheed Na’Allah should go on compulsory accumulated leave prior to the glorious conclusion of his eventful two-terms tenure is alien to the University system. The decision was taken in bad faith as the universal practice is that Chief Executives of ivory towers usually proceed on leave after the completion of their tenure of office.

“We also want to stress that we have it on good authority that the Governing Council of the University, under the Chairmanship of the  respected Prof.Saka Nuru, did not meet to take any decision on the matter under review, Ahmed said

“We have equally noticed that the administration of Governor Abdulfatah Ahmed appeared to be too desperate in making sure that a particular candidate emerges as the next Vice-Chancellor of the University not minding the thinking, positions and assessment of the duly constituted Governing Council invested with the authority to oversee and recommend worthy candidates for the position to the Visitor of the University.

“The reason for that desperation is nebulous and therefore, unacceptable to the good people of Ilorin Emirate. Our Union and, indeed, the peace-loving people of Ilorin Emirate also find it extremely suspicious the drafting of septuagenarian Prof. Mathew to serve as the Ag. Vice-Chancellor of KWASU despite the presence of two active Deputy Vice-Chancellors between whom one could have been selected to act if the out-going administration actually means well.

“Is it because of the imposed Ag.VC has the capacity to do the dirty job of endorsing questionable documents, ruthlessly dealt with staff members from a segment of the State and paving the way for the emergence of his godson, who is also the anointed candidate for the office of the Vice-Chancellor of the institution?

“We do not want to believe that all these acts of illegalities are being executed just to punish Prof.Na’Allah for his principled refusal to play ball on some financial matters. Our conviction is that there is always a better way of addressing issues no matter what or who is involved.”

Ahmed said any decisions taken by anyone, group or authority without strict adherence to the laid down procedure cannot stand the test of time. Adding that attempt to remove Prof.Na’Allah, while by-passing the Governing Council of the University, is a negation of civility, legitimacy and righteousness. It should, therefore, be reversed without further delay in the interest of peace and justice.

He appealed to the governor to call his officials to order by refraining from any act or action that will set a segment of the State against another and possibly tarnish the good image of the State, which her industrious people worked to build and sustain over the years.