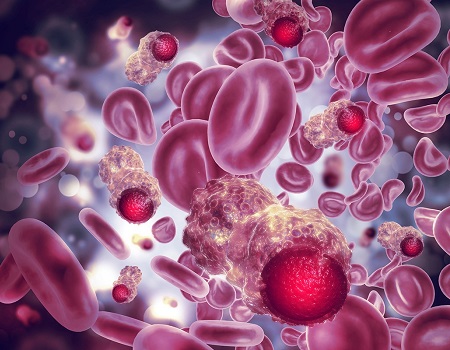 A cancer expert, Dr Adeniyi Olabumuyi says though pain is experienced by 70 per cent of individuals with advanced forms of cancer in Nigeria, only very few can access treatment to control pain.

Olabumuyi, the acting head of Department, Hospice and Palliative Care Department, University College Hospital (UCH), Ibadan speaking during the 9th virtual meeting of the Society for the Study of Pain, on the theme “Management of the Cancer Pain”, said thousands of cancer patients in Nigeria die with serious health-related suffering due to poor access to pain treatment.

The cancer expert, noting that pain is also common in early stages of head, neck and pancreatic cancers, declared that the current status of cancer in Nigeria required palliative care service and its implementation early in the trajectory of the disease condition as well as appropriate assessment and treatment of pain.

The expert said that cancer pain treatment needed to begin by giving the patient an understandable explanation of the causes of the pain, be integrated into the cancer treatment plan throughout the care continuum and given concurrently with the anti-cancer treatment and pharmacotherapy if the patient was in pain.

Dr Olabumuyi stated that breast, cervical and prostate cancers top the list of cancers that kill in Nigeria across all age groups and sexes, with “over 70per cent of breast and cervical cancer patients presented at advanced stage.”

He added, “Cancer is the second leading cause of death worldwide and 70 per cent of cancer deaths occur in low- and middle-income countries. Studies have shown that the prevalence of pain in advanced stage on cancer is over 70 per cent. In addition, pain also has a high prevalence in select cancer types such as head and neck as well as pancreatic, even at early stages.

“The WHO and other bodies recognise palliative care and pain control as important aspects of Universal Health Coverage. Yet, an estimated 25.5 million people died in 2015 with serious health-related suffering. Eighty per cent of cancer patients in low-income countries experience moderate to severe pain lasting over 90 days on average.”

‘That lingering fatigue, pain may be due to lupus’