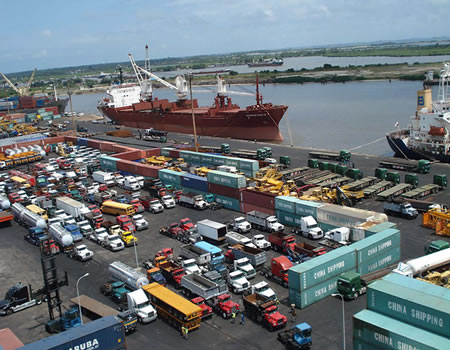 The Management of the Pension Transitional Arrangement Directorate has assured ex-workers of Nigerian National Shipping Line (NNSL) that biometric verification and payment of their pension arrears will commence soon.

Executive Secretary of PTAD, Sharon Ikeazor, said this while reacting to allegations by representatives of ex-workers of NNSL insinuating that PTAD had deliberately delayed their enrollment into the Defined Benefit Scheme (DBS) and thereby frustrating the payment ofthe N3 billion pension arrears owed to its members.

While expressing  that the claim was  not true, she said , “we would like to state that the issue of enrolling pensioners of defunct/privatised agencies was part of President Muhammadu Buhari administration’s commitment towards lifting pensioners, who had hitherto been neglected for over a decade, out of poverty.

“This policy saw to the enrolment of pensioners of Delta Steel Company, NICON Insurance, Nigeria Reinsurance, New Nigerian Newspapers and NITEL/MTEL, all agencies that were either privatised or liquidated by previous governments without contingency safety nets for the thousands of their hardworking Nigerian employees,” she said.

Ikeazor said plans were already underway for the verification and subsequent enrollment of qualified ex-workers of Savannah Sugar Company, Aluminum Smelter Company, Nigerian National Shipping Line and others as approved by the Minister of Finance (HMF).

In the case of NNSL, the approval for enrollment was received in April 2018, several months after the first set of agencies was approved.

She explained that the Directorate’s pre-verification exercise for pensioners was a long and painstaking inter-ministerial process that required the collection of data and digitisation of documents.

She said, “most significantly, it requires getting the authentic salary structure of the agency concerned, which, in the case of NNSL, was not an easy feat.

“When PTAD eventually got a response in that regard from the Federal Ministry of Transport, representatives of the Union, whom the Directorate had been actively engaging with all along, declared the document incomplete, saying that it did not include the salary structure