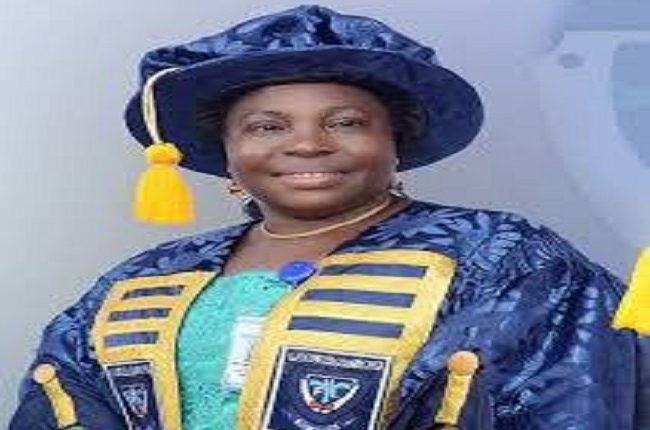 The Vice-Chancellor of the Federal University Lokoja, Professor Angela Freeman Miri, has promised to continually work in the best interest of students of the institution to ensure leaders of good reputation are made through the University.

She made this known when the National Association of Kogi State youths presented a certificate of credence to her as the Best Performed Higher Institution Head in Kogi State for the year 2020.

She stressed that she dedicated the award to the management of the institution, saying their support and commitment to duty led to the successes attained by the University.

The VC also assured that her leadership will not rest on its oars irrespective of obstacles, stressing that in no distant time, the institution will be reckoned with, the world over.

She also commended the efforts of the National Association of Kogi State Youth at conducting the research where she emerged worthy of the honour and advised the Association to continue to preach unity and peace.

“The Committee reported that despite some glaring challenges, Professor Angela was able to put in place infrastructure.

Notable among them is the school clinic and the school laboratory that has been turned to standardised ones under her leadership and of course, despite the paucity of funds, the permanent site of the institution has worn a new look with students hoping to move to the permanent site immediately after the COVID-19 pandemic.

“The Committee also reported that the VC’s various technique, rare initiative, readiness and commitment to duty and due process, coupled with her leadership style in the institution such as open-door policies, intolerance to corruption among others also lead to her emergence.

“No doubt, the support of the management of the institution has in no small measure lead to the success stories of Professor Angela Freeman and this humble Association appreciates those who are keen at ensuring the progress of the prestigious University and we pray that God rewards you all,” the statement added.

The association commended President Muhammadu Buhari and the Minister of Education, Adamu Adamu for appointing Professor Angela Freeman as the VC of the Federal University Lokoja.

They noted that she has justified her appointment through the various giant strides she achieved within this period.

“Following this presentation, Professor Angela Freeman Miri has become our National Ambassador on Higher Institutions for the National Association of Kogi State Youth for the next two (2) years.