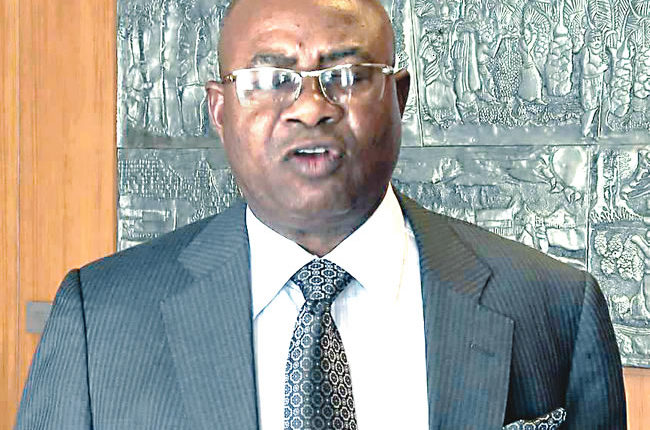 After a painstaking negotiations, the Federal Government signed different agreements with all the four unions in the university system. This culminated in the release of N40 billion for the payment of arrears of Earned Allowances for both academic and non-academic staff. However, in the sharing formula, the government directed 75 per cent of the money, about N30 billion, be given to ASUU members and 25 per cent, N10 billion, to the other three unions — SSANU, NASU and NAAT. Against this background, SSANU and NASU embarked on a three-day protest in universities across the country. The General Secretary of NASU, Comrade Peters Adeyemi, spoke on the crisis, and warned that the Federal Government is sowing a seed for a more prolonged strike and crisis in the universities. SOJI-EZE FAGBEMI, presents the excerpts:

NO equity and justice in sharing N40 billion Earned Allowance.

For us in NASU, we think the reopening of the universities is the right decision when you look at the fact that our children have been home for almost 11 months now. Not only as a result of COVID-19 but also as a result of the fact that one of the unions has been on strike. That would have been really good news and it would have even been more of a chairing news if the Federal Government had approached the matter in such a way that would have allowed for equity and justice to prevail in its approach towards resolving the problem. But if you had followed the trend, which I am sure you had followed very meticulously, you will know that there is uneasy calm. We have four unions in the system and we all had agreements, subsisting agreements with the Federal Government. The issue of Earned Allowance is not a new thing; it has been a contentious issue over a period of time. Each time the government released some money for the payment of Earned Allowance, it has always generated some crises.

We expect FG to have been extra-conscious in sharing N40 billion EA.

So, one would have thought that going by the experiences we have had in the past, the government would have been extra-conscious this time in addressing the issue of sharing. As a result of the contentious nature of this sharing formula, the crisis it has generated in the past, the government itself, with the agreement of the unions, decided to conduct a forensic audit of the releases in the past to be able to determine those who have been paid, what has been paid, what is left. So, this sarcastic way of allocating the amount without using subsisting records or the outcome of the forensic report is not likely to guarantee the sustainability of industrial peace in the system because the computation was done for these arrears of Earned Allowances over a period of time. From there, we have also been making this agitation — please incorporate or factor this Earned Allowance into the annual budget so that from this year, you pay the Earned Allowance with the workers’ salaries so you don’t continue to accumulate arrears. We have this computation, staff A, this is what you are owed, and the essence of the forensic audit is to determine from all those releases from 2013 to date what every staff had collected from what is due and what is left. So, the Federal Government is supposed to be using that as the basis for determining payment, not this unscientific way of saying 25 per cent and 75 per cent.

If you had followed very carefully, the biggest chunk of all the releases had always gone to ASUU. So, mathematically, it would have been said that because they have been receiving a big chunk of what had been released by the government, what is due to them should have substantially been defrayed. It couldn’t even have made any sense to just allocate three-quarter of the N40 billion to them, and then leave the three unions with N10 billion. That is not going to guarantee industrial peace; our members are vehemently angry. We thought that because this type of problems happened before and the non-teaching staff had to go on a prolonged strike, which subsequently led the government to release additional N8 billion to what was given to the non-teaching Unions; we thought this government would have been cautious not to allow for a repeat of that.

Initial warning by the Minister of Labour and Employment.

The Minister of Labour and Employment gave the warning earlier. The minister was quoted when he visited the National Assembly to have said that if this matter is not handled with care, ASUU would call off their strike and the other unions will start. So, why do they need to do that? They already know. While we would have been talking positively about the school resuming and jubilating that our children will go back to school, we are here talking about how to deal with this injustice.

We won’t stop school from resuming but we’ll fight the injustice.

These non-teaching staff will not say school should not resume, but, of course, we are going to fight the injustice. So, if the NUC circular says resume on the 18, and the Federal Government has the magic wand to correct this anomaly before 18, the school goes on. If it doesn’t, we will show our anger in the usual way.

We won’t preach sermons; can do a one year strike.

The trade union is not supposed to be an organization that would pretend about anything. A trade union is supposed not only to show but to practice, to demonstrate with actions when injustice has been perpetrated not to be preaching sermons. We are not going to preach sermons; we will do press statements, we will do everything, but heaven help those who help themselves. If ASUU can do a 10-month strike, what stops the non-teaching staff from doing a one-year strike?

Need to approach the NUC; Ministry of Education on sharing formula

We had an MoU with the Federal Government. There is a subsisting MoU between the JAC of SSANU and NASU with the Federal Government signed on the 28 October, 2020 which says that for the sharing of that N40 billion Earned Allowance, all the unions will be involved, that the Office of the Accountant General of the Federation will work with all the unions. It (the MoU) does not say I should go to NUC. It said the Office of the Accountant General, the fact that they said we are not teaching doesn’t mean that we don’t know our left from our right. Do I look like a fool? I can interpret the MoU; it says Office of Accountant General but as I speak to you now, at least one university has confirmed that the money has landed with a directive to share 25 to 75, so why do I need to go and talk to NUC because the Executive Secretary of NUC was a signatory to the MoU, the Minister of Labour was a signatory to the MoU, office of Accountant General was a signatory to the MoU of October, 2020. So, it is too close to call, something that is not even  up to three months. How will I then start pursuing the NUC man when he has already signed this thing. So, clearly, if the will is there, there must always be a way but there is no will on the part of the Federal Government.