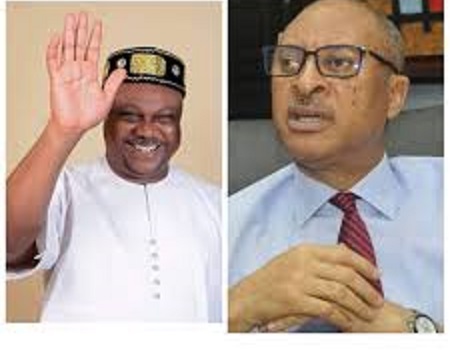 Onoja declared 129 votes recorded during the election as invalid, adding that the total votes cast were 3,644 while valid votes were 3,515 respectively.

The retired General said the election was free, fair, peaceful and conducted in accordance with the party’s constitution.

Chief Ogboru, while responding, commended the delegates for electing him as the party candidate.

He added that he would ensure unity among party members for the progress of APC, pledging to carry all aspirants along for the growth and development of the state for generations to benefit.

While extending his hand of fellowship to his fellow contestants, Ogboru said “Let us come and work together as one party and move the party forward. I thereby urged all other aspirants who were in the race with me to unite so we can face our common opponents together and transform our state to a new Delta State.

“I offer them the opportunity to come and drive our ship of success so as to implement our agenda for our people in Delta State and move the state forward where a new sense of hope, a new sense of belonging would be the order of the day and that’s what we mean when we say a new Delta.”

Earlier on Monday, Prof Utomi, who was represented, was declared winner of the parallel primary held by the Chief Ogodo-led factional State Working Committee in Asaba, the state capital.

The said generally peaceful exercise which held at Nerose Hotel, Asaba, started late Sunday and ended in the early hours of Monday.

The result was declared by the APC returning officer, Elder Favour Adibor in Asaba on Monday.

Utomi, who defeated three other contestants, polled 2,486 votes to clinch the governorship ticket at the APC primary.

Other aspirants who slugged it out with Utomi in absentia, included former Speaker of the State House of Assembly, Mr Victor Ochei, who polled 801 to come a distant second and Dr Cairo Ojougboh, a former National Deputy Chairman (South-South) of the People’s Democratic Party who scored 368 to come third.

The people’s general, Chief Great Ogboru, came a distant fourth position with 106 votes out of a total of 3, 755 votes cast by delegates at the primary.

As of the time the Ogodo-led faction concluded its primary, it was gathered that the Prophet Erue-led faction, had just begun to collate results of votes cast by delegates.

However, before the two factions commenced their primaries late Sunday, Prof Utomi had complained over the modalities of the primary.

Utomi, who addressed journalists in Asaba after a meeting with General Onoja (retd), attended by all the governorship aspirants, former Governor Emmanuel Uduaghan, Senator Ovie Omo-Agege and Minister of Petroleum for State, Mr Ibe Kachukwu, said the delegates list was not displayed as required by the party’s constitution.

According to him, Mr Kachukwu and all the other aspirants, except Chief Great Ogboru, called for postponement of the primary to allow for the right thing to be done.

He described the process as illegitimate, saying embarking on the primary without seeing the list of delegates was like a blind man going into a relay race.

It was gathered that Utomi’s request for delegates list, backed by Ochei and Ojougboh, was rebuffed before the commencement of Prophet Erue-led faction’s primary.

Chief Ojougboh left the venue of the primary disappointed while Ochei allegedly fled the scene at around 1:00 a.m on Monday amid sporadic gunshots before accreditation of delegates began.

Court judgement does not affect my Senatorial status, others ― Omo-Agege

Remember us when you become gov, Delta North begs Ogboru