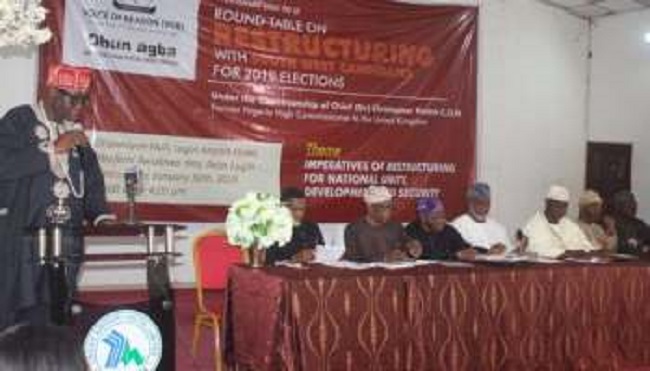 The lecture, holding on Friday, February 19th, 2021 at 11 am through zoom-webinar, is organised by VOR, a foremost Yoruba Intelligentsia group, in honour of its Convener, late Prince Goke Omisore.

VOR Chairman, Dr Olufemi Adegoke, made this known on Saturday in a statement made available to newsmen.

According to him, other prominent Nigerians scheduled to speak at the event, described as a move to build a progressive nexus between the older and younger generations of the nations of Nigeria, are topmost lawyer and political activist, Dele Farotimi, lawyer and human rights activist, Inibehe Effiong, social activist, Yemi Adamolekun.

“The sub-themes to be intellectually tackled by respective speakers at the lecture are as follows: “Reviving Established Agricultural Infrastructures in the South West of Nigeria, “Food Security in Restructured South-West Nigeria, the Nigeria of Our Dreams or the Nigeria We Want?” “Converting Youthful Hands to National Development, the Role of Security as the Fulcrum for Development of Nigeria,” and “Multi-Generation Engagement as a Tool for Sustainable Development and the Nexus between Peace Governance and Development- The Case for Nigeria,” the statement said.