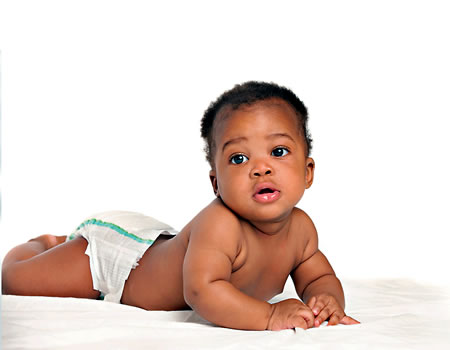 The World Health Organisation (who) estimates that up to 80 per cent of Africa uses traditional medicine for primary health care, but the efficacy and safety of these treatments has not yet been scientifically established. Within Nigeria, mothers commonly use these traditional remedies for their newborns, both for treatment and routine care.

The remedies used are wide-ranging and include herbs, spices, and other local vegetative species. These traditional remedies include mentholated rub, camphor, naphthalene, and henna. Also, some mothers use eucalyptus oil, methylated spirits, and traditional Yoruba tea for the care of the umbilical cord in newborn babies as well as for general “healing properties.”

Unfortunately, many of these infants go on to develop jaundice from these traditional remedy usages. Experts, in a study to explore the safety and impact of such treatments said these remedies could have detrimental effects, especially in children with glucose-6-phosphate dehydrogenase (G6PD) deficiency.

Glucose-6-phosphate dehydrogenase (G6PD) deficiency is a condition causing red blood cells to break down in response to certain medication, infections or other stresses. It is an inherited condition usually occurring in males. It’s more common in those of African and Mediterranean descent. Triggers include infections, stress, fava beans, aspirin and other drugs.

When symptoms are triggered, they include fever, dark urine, abdominal and back pain, fatigue and pale skin. Most people recover in a few days without treatment. However, patients are at risk of recurrent episodes, so avoidance of triggers is critical.

With Nigeria having a high burden of G6PD deficiency16, large traditional remedy usage, and the recent prioritisation of identification of effective treatments for jaundice in newborn babies by Nigerian pediatricians, it is important to explore the safety and impact of such treatments.

In the study, the researchers, using the established zebra fish model of G6PD deficiency tested the effects of eucalyptus oil, methylated spirits, and Yoruba herbal tea, three traditional compounds used in the care of the newborn umbilical cord.

The researchers said, in the journal, Scientific Reports that since eucalyptus and methylated spirits can cause red blood cells to be destroyed faster than they can be made in individuals with G6PD-deficient, their use for newborn umbilical cord care is unwise given the high rates of G6PD deficiency in Nigeria.

Dr Kemi Tongo, a consultant pediatrician, University College Hospital (UCH), Ibadan, Oyo State, said that aside from eucalyptus and methylated spirits, the use of camphor, mentholated powder and menthol containing balms are also discouraged in newborns given the high rates of G6PD deficiency in Nigeria.

According to her, “many people add camphor, which is commonly referred to as Kafura, to herbal medicines for children; some use it for umbilical cord care. This allows it to be absorbed through the skin and they affect the baby.

Dr Tongo declared that naphthalene balls or camphor should also not be used to store their clothes, adding “If it is absorbed through their skin, it breaks down their red blood cells, forming bilirubin. The same is also the case with methylated robs and powders.”

The pediatrician said that jaundice in newborns is a leading cause of hospitalisation in the first week of life worldwide and its symptoms include yellowing of the skin and the whites of the eyes that appears within days after birth.

Within a week, if the baby is not brought to the tertiary centre, the brain undergoes an irreversible brain damage due to a high level of bilirubin. But if it is detected early, when the baby is brought to the hospital, the baby is put under a special light. Sometimes, we exchange the blood to remove the bilirubin and reduce damage to the brain.

Meanwhile experts have reported cases of henna (used for temporary tattoos or hair dye) causing the breakdown of red blood cells in people with G6PD deficiency. Newborns under the age of 2 months appear to be more susceptible to this reaction.

Having cats, dogs as pets can affect your pregnancy