Use your experiences to better society at large, ANAN president charges SFAFP inductees 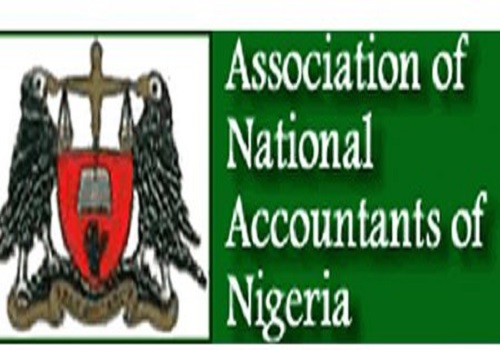 THE President of the Association of National Accountants of Nigeria (ANAN), Mr. Anthony Chukwuemeka Nzom has admonished the 135 accountants newly inducted as associates of the Society for Forensic Accounting and Fraud Prevention (SFAFP) to be up and doing and uses their wealth of experiences to better the society at large.

He gave this advice during the induction which was held at the Anti-Corruption Academy of Nigeria (ACAN), Keffi in Nasarawa State.

ANAN president, who noted that the work of an accountant was beyond auditing but also investigating, further added that people from other disciplines have come to join the association, saying that’s why Nigeria remained the hob of African.

According to him, “we don’t have competitor. You may be invited to court to prove your case in court. It is your ability to prove that makes the person a criminal. You will be taught on confidence building. Instead of people going to abroad, we have decided to bring it here to make it affordable and accessible.

“Nigeria remains the hob of Africa, even in our present condition we are still doing well. Our problems are self-inflicted. We did the groundnut pyramid in Kano, cotton in Gusau and textile industry in Kaduna. We believe we can turn it round and this is what we are doing to turn it round.

“People from other countries have come to copy from also due to the fact that we are broad in our approach to issues. The trustees of these societies are ANAN Members that have undone the course elsewhere.

“When ANAN was established, some people thought we are going to fall on the way, but today it is a success story. We have over three thousand students with the least qualification of HND and BSC”.

Nzom urged the inductees to be prepared to read more as the pass mark would be 70 and even 69 would not be acceptable.

He revealed that their lecturers are professionals and their trainings are issue based, saying that practical learning is what makes forensic accountant”, he added.

Nzom stated that only South Africa could equate Nigeria in forensic accounting.

In his speech, the Board Chairman, Professor Benjamin Osisioma, who described the induction as an epoch making event, while inducting them informed they were still associates and would only be members after the completion of their mandatory three months trainings, stating they were the first batch of associates of the SFAFP to be inducted.

He said there were different faces of fraud in the society, “they rob us in all ways. Nigeria has paid a great price contending with fraud fight. The traditional control has failed. Regular auditing has gone down the drain providing the need for forensic accountants. Forensic auditing is the only way out”.

Osisisoma noted that the vision of the society was to pioneer indigenous professional distinction in the training and development of forensic accountants, and the delivery of high quality service to foster integrity and excellence.

“We want to build a professional body that you and I will be proud of. The society has five core values that define WHO we are, and WHAT we do: Integrity, trust, excellence, service, and professionalism. We have no competitor today, we are bent on crafting a unique working ethics that will endure”, he boosted.

He tasked the inductees to be up and doing in their study as they are being brought into the flagship of service and excellence.

Speaking earlier, Prof. Andrew Zamani of the Department of Psychology, Nasarawa State University, Keffi who spoke on the topic, “Thinking Like a Thief: The Anti-Fraud Psychology” stressed that leadership, corruption and stealing have eroded our value system, saying that stealing is an adventure, a thrill and a faulty learning and malformation of character due to poor socialization which leads to an overwhelming sense of deprivation or being cheated. “It is an anti-social behavior and criminal: it violated other people’s rights and happiness” he said.

Also speaking, the Executive Secretary of Society for Forensic Accounting and Fraud Prevention, Dr. Abuchi Ogbuji who spoke on “Training Synopsis, Curricular and Programme” noted that the training was developed to give skill to forensic accountants and fraud managers and that the forensic class number was restricted to 35 candidates maximum per stream to enhance quality training and learning.

He said the country was a fertile ground and big market for the forensics, but yet to be tapped, urging the inductees to stand out in the society.

Reps turn down 2017 budget defence of Ministry of Communications