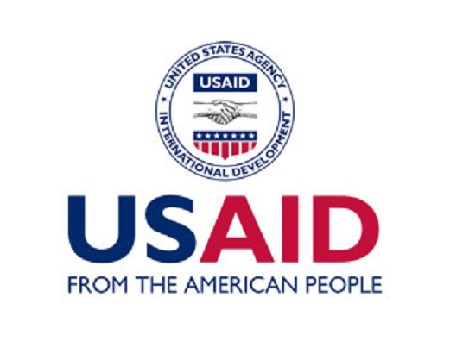 A total of 500,000 pupils in Adamawa and Gombe States are to be reached in the Home Schooling Transactional Radio Instruction program by the United State Agency for International Development (USAID ) in collaboration with the American University of Nigeria (AUN).

While speaking at the flagging off ceremony of the programme in Gombe on Tuesday, USAID Chief of Party in Nigeria, Dr Audi Liman said that the programme which was tagged ‘Strengthening Education in the North-East Nigeria States (SENSE) is targeting 500,000 Primary 1-3 pupils in the two states in order to enhance a solid education foundation process, especially in COVID-19 pandemic situation.

He also said that the programme was funded by USAID and implemented by the American University of Nigeria (AUN), Yola in Adamawa State and it is a three years project explaining that in the entire North East sub-region, Adamawa and Gombe were the two states selected for the programme which will last for 13 weeks.

According to him, the programme is scheduled for Tuesdays and Thursdays  every week and is in the Hausa language aimed at helping the children to fill the gap created by the COVID-19 pandemic which has kept them out of school for a long time.

According to him, they have conducted a similar programme six years ago in Adamawa State during the insurgency and it really helped children particularly the displaced.

In his remarks, Gombe State Coordinator of Better Education Service Delivery for All (BESDA), Dr Abdullahi Bappah, said that his team is ever ready to provide all that is required from them to ensure the smooth implementation of the programme in Gombe.

Gombe State governor, Inuwa Yahaya, while flagging off the program described it as timely following the COVID-19 pandemic which has negatively affected every sector of the economy in the state and the country at large.

The governor, who was represented by Mr Babaji Babadidi, Chairman State Universal Basic Education Gombe, (SUBEB), said that Gombe State has prioritised Education, as according to him, a virtual learning programme for Senior Secondary School in four subjects was introduced in the state to fill in the gap created by COVID-19.

He further said that, within the one year tenure of his administration, over 300 classrooms were constructed across the state and teachers research institute, first of its kind in North East, was constructed and commended the initiators of the programme and the implementing partners.

The Director of Finance of AUN, Dr Ibrahim Damare who is also a SENSE director, described the event as history-making, following the negative effect of COVID-19 which has brought every aspect of human development and growth to a standstill assuring that, the programme will cover the vacuum created in education by COVID-19.

He also said that since radio is the most effective means of communication, the targeted population will be reached and made to receive lessons while at the comfort of their various homes.