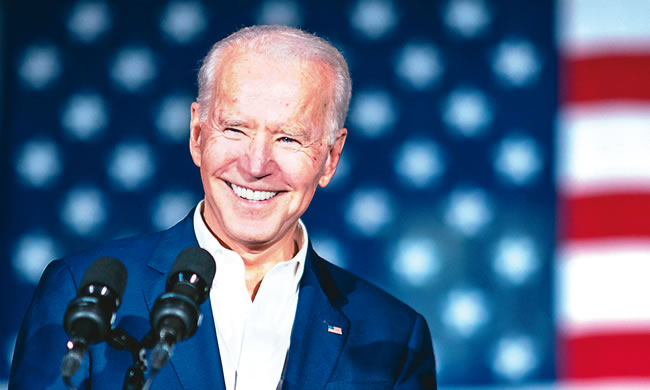 The US has officially returned to the Paris climate agreement on Friday, and has promised to work towards making COP26 a success.

“The Paris Agreement is an unprecedented framework for global action. We know because we helped design it and make it a reality. Its purpose is both simple and expansive: to help us all avoid catastrophic planetary warming and to build resilience around the world to the impacts from climate change we already see.

It added that “We are reengaging the world on all fronts, including at the President’s April 22nd Leaders’ Climate Summit. And further out, we very much looking forward to working with the United Kingdom and other nations around the world to make COP26 a success.”

The UN secretary general, António Guterres, in his reaction said the official return of the US was “itself very important”, as was Biden’s announcement that the US would return to providing climate aid to poorer countries, as promised in 2009.

“It’s the political message that is being sent,” said Christiana Figueres, the former UN climate chief.

The UN Environment Programme director, Inger Andersen, said she expects that the US would show leadership to the rest of the world.

She said she had no doubt it would when it submits its required emissions-cutting targets. The Biden administration said it will announce them in April.

The Paris Agreement is an agreement within the United Nations Framework Convention on Climate Change (UNFCCC), on climate change mitigation, adaptation, and finance, signed in 2016.

The agreement was negotiated by representatives of 196 state parties at the 21st Conference of the Parties (COP21) of the UNFCCC in Le Bourget, near Paris, France.