US lottery agent, graphic designer, one other jailed for fraud in Ilorin

Justice Adenike Akinpelu of the Kwara State High Court, sitting in Ilorin on Tuesday sentenced one Salami Yusuf Adetola, said to be a USA lottery agent, to six months imprisonment over offences bordering on impersonation and cybercrime. 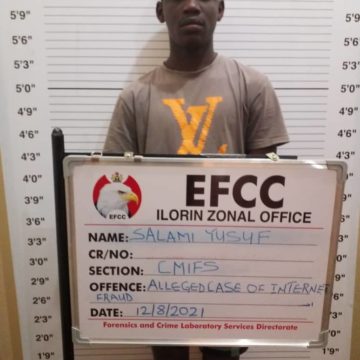 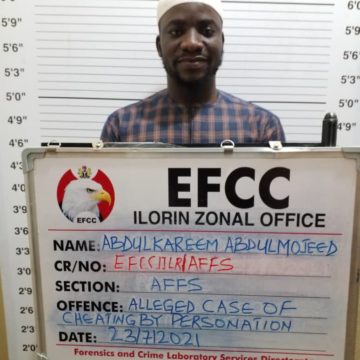 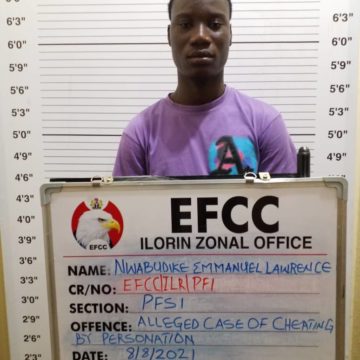 In a statement by the Head, Media and Publicity, Wilson Uwujaren, the Ilorin Zonal Command of the Economic and Financial Crimes Commission (EFCC) arraigned the now-convicted three persons on separate charges, to which they pleaded guilty.

“Following the guilty plea by the defendants, R.A. Alao, counsel to the EFCC, called witnesses who are operatives of the Commission and tendered evidences which included the device used in perpetrating the crime and various fraudulent messages printed out of the defendants’ phones and laptops, to establish the alleged offences against them. After the review of the facts of the cases, Alao urged the court to convict and sentence the defendants as charged.

In her judgment, Justice Akinpelu held that the prosecution had proved its cases beyond a reasonable doubt.

On the other hand, Lawrence bagged a prison term of six months on each of the two counts against him, which shall run concurrently with an option of a fine of N200,000 on each count.

The judge also ordered the forfeiture of the various devices used as an instrumentality of the crime by the convicts to the federal government as well as restitution to the victims of the crime.