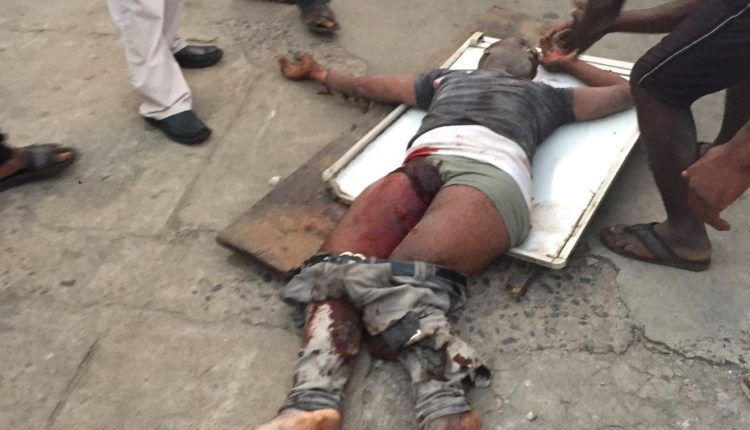 TWO unidentified persons died as explosion from an explosion that occurred at a gas refill shop on Afariogun Street, adjacent the Faith City Hospital, in Ajao area of Lagos State.

The Nigerian Tribune gathered that the explosion happened at about 7:46 p.m. on Tuesday evening.

It also gathered that more than nine shops were affected by the explosion.

However, one victim was rescued by emergency rescue operations and was hospitalised for treatment.

Confirming the incident, the Director-General, Lagos State Emergency Management Agency, Olufemi Oke-Osanyintolu, noted that two bodies were recovered from the scene of the incident.

“The agency received distress calls and upon arrival at the scene, it was discovered that there was an explosion at Afariogun Street, Ajao Estate.

“Investigations revealed that the explosion originated from a shop occupied by a gas refilling business. A total of nine shops were affected by the inferno.

“The fire has been extinguished by the combined efforts of LRU fire and Lagos State Fire Service.

“Two bodies were retrieved from the debris, recovery and retrieval ongoing,” he said.