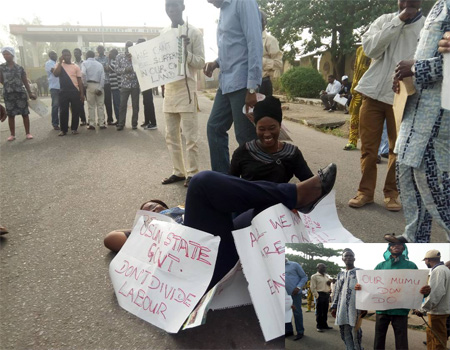 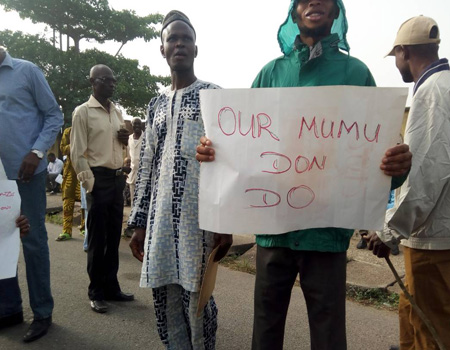 GOVERNMENT and other socio-economic transactions were grounded at Osun State secretariat, as civil servants in the state began indefinite strike action.

The workers led by their leaders demanding the payment of outstanding salaries, pension allowance and remittance of contributory pension, among other issues.

Labour leaders and a sizable number of civil servants were seen at the main gates of the Osun State secretariat, Abere to monitor the compliance of workers to the strike action, which was declared last week Thursday.
Although, the gates were not blocked, vehicles and individuals were not allowed entry into the Secretariat, just as security officials, with their patrol vans, were on ground to provide adequate security for the industrial action.
Two of the labour leaders, who spoke to the Nigerian Tribune, namely Comrade Jacob Adekomi, who the chairman of the Nigeria Labour Congress (NLC), Osun State chapter and his counterpart in the Trade Union Congress (TUC), Comrade Adebowale Adekola declared that the strike action was total and there was no going back until Governor Rauf Aregbesola accede to all their demands.
LabourOsun workersworkers strike
Share

Minimum wage: FG, Labour agreement to be announced 4:15 p.m. as strike called off