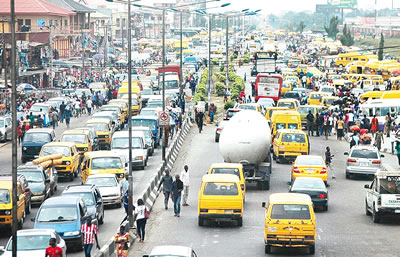 Scores of people were between Tuesday night and early Wednesday injured as factions of hoodlums clashed in Bolade area of  Oshodi in Lagos State .

The two warring factions, who were late on Tuesday dispersed by anti riot policemen resumed hostility on Wednesday wielding and freely using various dangerous weapons.
A faction of hoodlums said to be loyal to a very popular street thug, Talo  Skibo, is battling with another faction said to be loyal to Bush, another popular street thug.
The Nigerian Tribune gathered that  trouble started on Tuesday night, when the two warring factions engaged each other with broken bottles, machetes and other dangerous weapons.
Both factions reportedly recorded casualties but the Bush faction suffered more, resulting in a reprisal attack on Wednesday morning.
Efforts by soldiers to restore peace  created more confusion on Wednesday morning as the hoodlums threw broken bottles at the soldiers.

Ondo 2016: We will not postpone Ondo election —INEC chairman