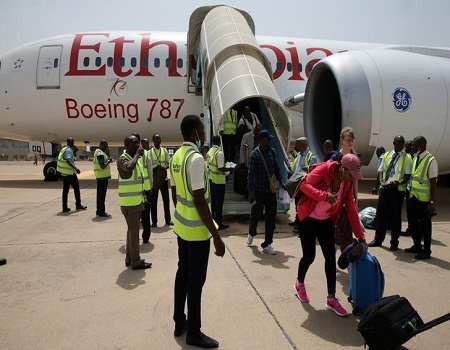 The Federal Government has just announced that international flights will resume on August 29, 2020, in Nigeria after being suspended as a result of the outbreak of the coronavirus pandemic globally.

As a result, all evacuation flights which were introduced in the country in the wake of the ban on international flights occasioned by the outbreak of the coronavirus pandemic will end on August 25, 2020.

Minister of Aviation, Senator Hadi Sirika who announced this at Monday’s briefing of the Presidential Task Force on COVID-19, said Nigeria’s international airports have reached advanced stages of preparedness for the resumption of international flight operations.

Emphasis, he stated, will be placed on the observation of all the safety and technical guidelines as prescribed by global and health authorities which will be communicated in due course.

“I am pleased to announce the resumption of international flights from the 29th of August, 2020. Beginning with Lagos and Abuja as we did with the domestic flight resumption. Protocols and procedures will be announced in due course. We thank you for your patience,” the minister said.