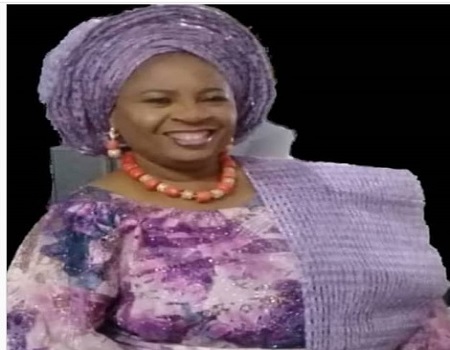 Special Adviser, Media and Strategy to the former Chief of General Staff, Mr. Olawale Adekoya, told Tribune Online that the deceased died of illness which had nothing to do with coronavirus contrary to the information in public domain.

He also disclosed that the deceased was the younger wife known in the family circle as Mumsie and not the first wife, Mrs Josephine Diya, popularly known as Mummy.

According to him: “We also read the same thing (the coronavirus connection) just like others. The death of Mumsie has nothing to do with the virus and the first wife, who we all call mummy, also has no virus. The house (in Ikeja) was also not deserted as rumoured.

“We were all there on Wednesday only that the General doesn’t want people coming around to commiserate because of the COVID-19 regulations.

“You can imagine the crowd that may gather for such visit and the time we are in now doesn’t allow for that. Don’t also forget the General’s age, even his brother is still in the mortuary because of the lockdown and movement restrictions.

“Nobody has coronavirus here. Everybody has been around, the drivers, aides, his security, everybody.

“We issued the statement now in circulation to say exactly what happened, but you know the time we are in now, you get to hear and read just anything. Nobody is sick of coronavirus in the General’s family.”

In the statement from the family, signed by Adekoya, it was gathered that the deceased was preparing for her birthday before she took ill about a week ago and taken to an undisclosed hospital where she dies.