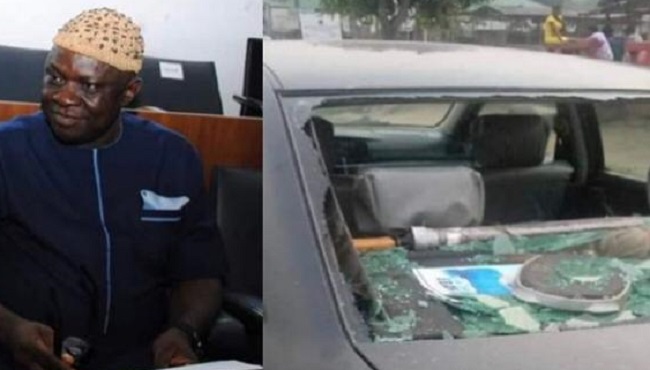 The Speaker of the Cross River State House of Assembly, Hon. Eteng Jonah Williams has apologized to Mr Felix Asuquo, lecturer in the State College of Education, Akamkpa, whose vehicle tyres and windscreen were damaged by the Speaker’s security personnel.

In a follow-up, a report reaching our newsroom right now says the Speaker and Asuquo have just resolved their differences, with the speaker dolling out cash of N150,000 for Asuquo’s car repairs.

Asuquo, speaking to Tribune Online on phone confirmed the development, saying; “we have settled everything. He (Speaker) has shown remorse and has given me something to fix my car.”

Against all odds, Rivers APC to participate in membership exercise