UPDATE: COVID-19 positive patient is a military officer who returned from India—Akeredolu 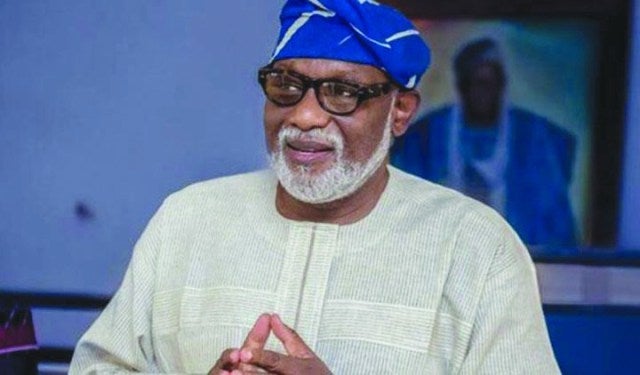 The Ondo State governor, Mr Rotimi Akeredolu, has said that the first positive case of coronavirus in the state is a military officer who is a returnee from India.

Disclosing this further in his twitter handle, he said the military officer had been monitored since his return and had been put in isolation.

According to him: “The index case is a military officer who was a returnee from India. He has been in isolation since he returned and has been monitored by the medical team of the military and our state team throughout this period.

“Upon showing some symptoms, his samples were taken and the diagnosis confirmed by @NCDCgov at their lab in Ede. We have now commenced the transfer of the officer to the state isolation centre.”

Akeredolu had earlier in his twitter handle said a positive case was on Friday recorded in the state.

According to Akeredolu: “We have just received confirmation of our first positive #COVIDー19 case in Ondo State this evening. The infected person is currently under isolation and will be monitored. We have activated all necessary protocol to locate all contacts and will be working closely with
@NCDCgov.

“The infected person is in very stable condition and we ask for calm from all in Ondo State. We are on top of this and ask that our citizens continue to follow all preventive measures to ensure they remain safe.”

Similarly, the state Commissioner of Information and Orientation, Mr. Donald Ojogo, confirmed that the state has recorded its first index case.

In a statement, Ojogo urged the people of the state to be vigilant and keep to all measures put in place by the state government.