Latest NewsTop News
By Subair Mohammed On May 8, 2020 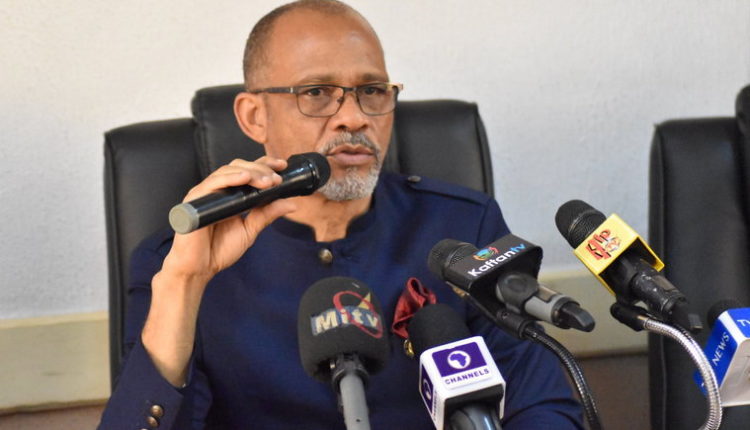 Lagos State Commissioner for Health, Prof Akin Abayomi has projected an alarming surge into the number of COVID-19 cases in the state between July and August of this year.

According to him, the number of cases from the disease in the state might hit 120, 000 as the virus is expected to reach its peak between the months under review.

Abayomi disclosed this at a press briefing held on Friday at the Bagauda Kaltho Press Centre, Alausa, Ikeja, Lagos.
He said “The state could record 90,000 to 120,000 COVID-19 cases of the disease between July and August.

But it is worthy of mention that the state government has been proactive in its response to flatten the curve without which Lagos would have recorded 6,000 COVID-19 cases rather than the 1,491 COVID-19 cases it presently has.”

Giving details about the severity of COVID-19 cases in various isolations centres across the state, he said male patients record high mortality rate than female noting that Alimosho, Isolo and Oshodi local government areas have recorded more cases of the disease.

While attributing the surge in the number of cases being recorded to the decentralisation of sample collection centres to the 20 Local Governments, he said, “Of all the confirm cases at our various isolation centres, 97 per cent were mild and moderate COVID-19 cases while only three percent of the patients have severe cases and those with pre-existing ailments such as cancer, hypertension, diabetes and other diseases are greatly affected.”