‘Upcoming musicians in Nigeria toil harder than anywhere in the world’ 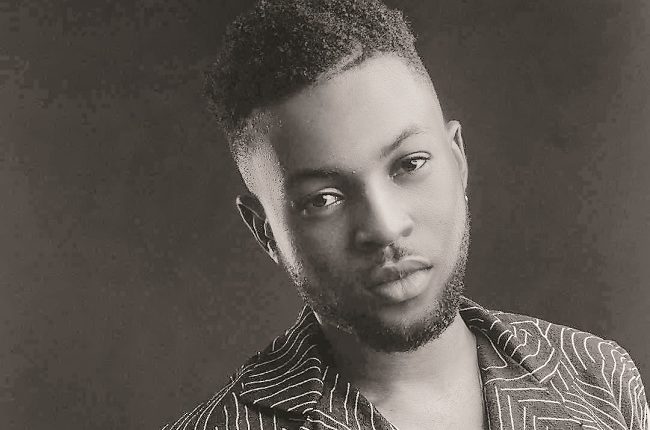 David Garland was one of the favourites in the recently concluded MTN Y’ello Star reality competition but was evicted early in the show, to the shock of many. ROTIMI IGE caught up with him recently and brings excerpts of their interaction.

My name is David Garland, I am the second of three children. My father is multi-racial (Ireland and Nigerian) but my mother is Nigerian from Ekiti State. I come from a religious family and naturally sang in the choir in church. However, I didn’t start singing from the church but in secondary school at SS1. I studied Economics at the University of Lagos and that’s where I took music seriously singing in fellowship (shout out to SAF!) That’s about it!

Tell us about your experience on the show.

Oh my! My experience in MTN Y’ello Star was an interesting one. I didn’t have rocky virtual auditions, my live audition (Nationals) though was stressful because of how long it took us to audition. When I auditioned, I got a ‘maybe’ and had to do a sing-off to get into the competition proper. After all that and getting into the competition, I think I had a good run, being at the ttop the leader board for so long. Sadly, I didn’t make it to the top 6 though. But nothing spoil! I met amazing people in the hub (contestants as well as the crew ) and I believe I gave great performances. Honestly, there was nowhere else I should have been.

You were one of the most promising talents on the show but your early eviction came as a shock to many. How did you feel?

Thank you for the compliment! My early eviction came as an actual shock, to be honest. I was hoping to make it to the top three at the very least. In competitions like these, you have to give your best and hope for grace. But like I said, nothing spoil!

What did you learn from the house?

I learnt a lot from the house! I learnt from both my contestants and tutors. The key of all is to be true to your craft, find your uniqueness and hone it. Also, I learnt that my Yoruba isn’t as bad as I thought (laughs).

So, what next after Y’ello Star?

I have a lot planned. I want to record music and dive further into the market. There is a lot more, to be honest, but I don’t want to let the cat out of the bag yet. Just know it’s a lot of work and music.

You had songs before going on the competition. Tell us about them.

Yes, I did. I released a two track E.P called ‘Boy Enough’. It is on all major streaming platforms.

Should fans be ready to see you on any reality singing competition anytime soon?

I am not sure, to be honest, but never say never. If I had my way I would rather not, but let’s allow the universe decide.

What inspires your songs?

My songs are highly inspired by my emotions. I am quite bubbly upfront but my core is very different and a lot of times my songs come from there. I also get inspired by anything (movies, other songs, words, etc) Sometimes  I already have a title before I start writing and other times it’s the words first or the music. Many think it’s weird.

Do you also feel that upcoming artistes are given opportunities to thrive in Nigeria?

I think the world is harsh and unfair, Nigeria doesn’t make creating easier for anyone and to your point, yes I believe that upcoming artistes have to toil harder in Nigeria than in other parts of the world solely because of the state of the country itself and the lack of structure within the industry.

What, in your opinion, could help them do better?

Honestly, just more access to funds, better policies and structural reforms because we have such a lot of talent here that just needs access to all these.

Any plans for the yelutide season?

Yes o, I want to chill with my family but I am going to hopefully be working on music all through the few days that end the year. But I will be going home for the holidays.

Who were you closest to in the Hub (Y’ello Star house)?

(Laughs) I was closet to FayFay Diamond and it was simply because she is a really good person and we got along really well. It was pretty easy and a no brainer with her at the house and with the friendship we have till now.

MTN brings the year to climax with ‘Oluronbi: The musical’