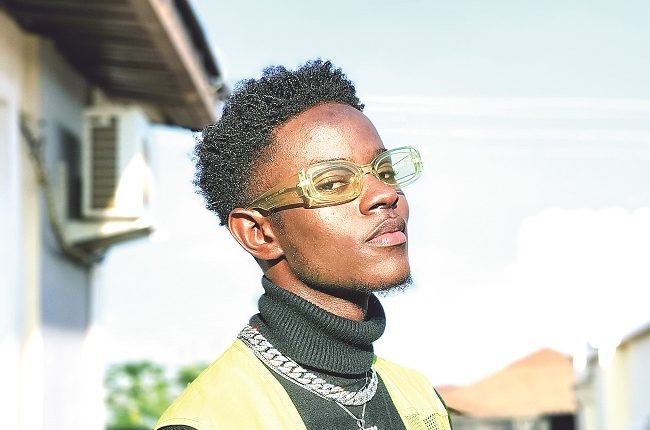 Adefioye Solomon Adelanaire Ewaoluwa, popularly known as Ewa, is a fast-rising music artiste who says that his brand of music is the next big thing. Currently running his ‘Dey for you’ challenge, which is done to promote his latest song, he told ROTIMI IGE his plans in the music industry. Excerpts.

Tell us a bit about yourself…

I am the last of five children. I am an Afro pop artiste and an actor. I am an undergraduate of the Obafemi Awolowo University, Department of Dramatic Arts, 300 level.

How did your interest in music start?

If I can recollect, it all started while I was in primary school, primary three to be specific. My school proprietor then was a lover of music and he was the one who first discovered how well I could harmonise whenever we had a jingle to do for the school and I was always one of the few selected pupils. A few years passed and the path of two strong musical brothers, Mr Femi Phillips and Mr Bayo Adekoya crossed. They both assisted and aided me to becoming a better singer and a prolific writer.

What challenges did you face?

My mother wasn’t really in support of my craft at first, because she had a different plan for me, which, at first, was a major setback until I gained admission into the university and it became evident that all I wanted to be was an entertainer.  This really wasn’t easy for me as it affected my musical growth and it stunted my creativity artistically.  I’d implore parents to kindly understand and support the visions on their children at an early stage

Also, financial constraints because a lot goes into ‘making music’. Music isn’t just about the talent, there’s more to it that meets the eye. The more you look, the less you see.

Production of good quality music alone is, most of the time, on the high side financially. So, as an upcoming artiste without a sponsor or an investor, this stage is always a back and forth stage.

Again, the promotion and distribution of music has to be done through the right channels to be able to reach the required audience.

What kind of music do you do?

I’m an Afro Pop artiste; I write songs based on natural happenings and events, either stories of other people being told from my perspective or my own story being told.  The main aim of my music is to inspire and touch lives.

Tell us about your songs…

One of my songs titled ‘Irawo’ was my first official single. It was an eye opener because it was a song written by merging popular slangs and hit songs of big names in the industry to create completely different music. This song preached stardom as it was an instrument I used to set my ground as an up and coming star. This song got many reviews from the likes of Kleverjay, 2tboyz , Pappymullah , Oyinkanade, Johnnie Jinjah etc and the song went viral. This created a momentum for me as an artiste

Your latetst song is being promoted with a challenge?

Yes, the song is titled ‘Dey for you’. It is a feel good, mid tempo love song which was written by me and is aimed at professing love. The #deyforyouchallenge is to say thank you to my teeming fans for sticking with me over the number of years I have been doing music professionally.  Also, it is to reward their creativity with just 200 dollars for their participation and involvement in the challenge which would kick off tomorrow and end on March 25.

What do you hope to achieve with music?

I’d love to inspire and touch lives with my music.

Do you think the Nigerian music industry is fair to upcoming artistes to grow?

Honestly, in my own opinion as an upcoming artiste, it’s not always easy from the start but as the journey continues, the main motivation should not be forgotten as there are a lot of challenges to be faced.

Your charge to them?

The sky, it is said, is big enough for every bird to fly and all artistes must be creative, in order to be able to stand out and pass the test of time.