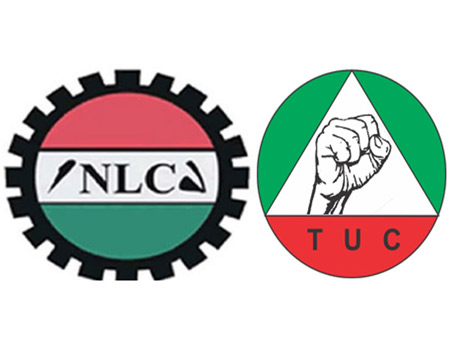 The Federal Government is owing its workers a whooping N200 billion in unpaid allowances, arrears of salaries, promotions and others, the President of Trade Union Congress (TUC), Comrade Bobboi Kaigama revealed on Thursday.

To this end, the organised labour, the Trade Union Congress (TUC) and the Nigeria Labour Congress (NLC) have concluded plans to picket the Federal Ministry of Finance and the Budget Office, whom they accused of  complicity over the issue.

Kaigama, who is also the president of Association of Senior Civil Servants of Nigeria (ASCSN), made this known, as the Secretary of the ASCSN, FCT, Comrade Ojemhenka Isaac, said this, and many more have accounted for the behaviors of the workers, who  came out to vent their anger at the Eagle Square on May Day.

Addressing journalists after the meeting of the National Executive Committee of the association in Abuja, on Thursday, Kaigama regretted that the Federal Government had been owing the workers various form of allowances, ranging from arrears of promotion, first 28 days allowance and others since 2007 till date.

He said the association, led by the TUC and with solidarity support from the NLC, will picket the ministry and the Budget Office so that they would come out to explain to Nigerians and President Muhammadu Buhari, what they have done with the money provided for this payment in the Budget

Kaigama who did not disclose the exact day for the picketing, said it will be any moment from now and very soon.

He said: “Yes, the picketing would be done and I will lead it because this thing has taken so long. The idea of the payment of arrears of promotions , death benefits, first 28 days started as soon as the President was sworn in. We wrote Mr. President, he responded positively and then directed the Office of the Head of Service to sit with us and work out the details.

“Details were worked out through the MDAs and our representatives at the MDA level and submissions were made to the Office of the Head of Service. It was presented to Government and they said they needed to put it in the budget and when it was put in the 2016 budget, it was not complete but partially inserted into the budget.

“When the 2016 budget was approved, until the end of 2016, no payment was made even by way of reducing the backlog. So we raised the issues before the end of the year around December.

“However, they have a new window of opportunity that they have to kind of present virement to the National Assembly, part of which would be meant to pay the backlog of these arrears.

“We are in a dillema, the same government that has bailed out states in the area of their salary arrears, pension arrears but cannot bail its workers out. It is a big irony.@

He said the picketing is the first stage, giving them the opportunity of addressing the issue after which a full blown strike will be declared. ”

Also speaking, the FCT secretary of the association, Comrade Ojemhenka Isaac, said most workers who were at the Eagle square, came to vent their anger, and not to celebrate May Day.

He said the workers are demanding for the payment of arrears of salaries, promotion, BTA, first twenty eight days, repatriation, death benefits and many others.