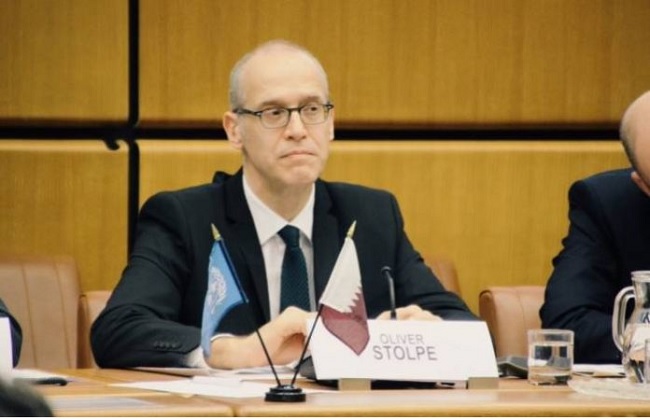 UNITED Nations Office on Drugs and Crime (UNODC) says the drug crisis in Nigeria is disturbing, as the crisis is getting worse due to the COVID-19 pandemic and its socioeconomic consequences.

UNODC’s country representative, Mr. Oliver Stolpe, who spoke at the MTN/ Business Digital Dialogue with the theme, “Better Knowledge for Better Care,” to commemorate the International Day against Drug Abuse and Illicit Trafficking said there has been a greater drug use among poor people as a coping mechanism due to the COVID-19 pandemic.

Stolpe stated that 51 per cent of respondents of a recent poll by UNODC and UNICEF which involved 90,000 youths confirmed that they knew somebody that had used drug during the past year

According to him, “More than half, basically, of all the youths living in Nigeria seem to be exposed to this experience of knowing at least someone who uses drugs and also half of the respondents said drug use had gotten worse at the advent of COVID-19. Only 30 per cent felt drug use either stayed the same or decreased.

“That also dovetailed into what we observed at the international level of the crisis: in terms of greater drug use among poor people as a coping mechanism. We saw a trend towards a more risky type of drug use, in particular injecting drug use.”

Minister of Sports and Youth Development, Mr. Sunday Dare, in a keynote address, said the ban on codeine in Nigeria has not really achieved the intended effect as many youths turned to the use of tramadol and other substances.

The minister, represented by Mr Tunde Aina, Director, Special Duties, Federal Ministry of Sports and Youth Development, declared that increasing use and involvement of youths with drugs in Nigeria is worrisome and a major threat to national development, family stability and social security.

Dare said a multipronged approach to tackling the problem would require having a good appreciation of risk factors associated with drug abuse and spread, developing school drug abuse prevention programmes at primary and secondary schools as well as the use of the media to reach the larger communities on drug abuse prevention messages.

Chairman, MTN Foundation, Julius Adelusi-Adeluyi said MTN’s Anti-Substance Abuse Programme (ASAP) commenced in 2018 because of the urgency of the problem and the need to achieve a Nigeria free of substance abuse.

He stated that drug abuse should be prevented from reaching an emergency level, especially with the advent of COVID-19.

Adelusi-Adeluyi said Nigerians should imbibe the slogan that says it is easier to keep off drugs than to get off drugs when you are hooked.

The ‘reopening’ of schools